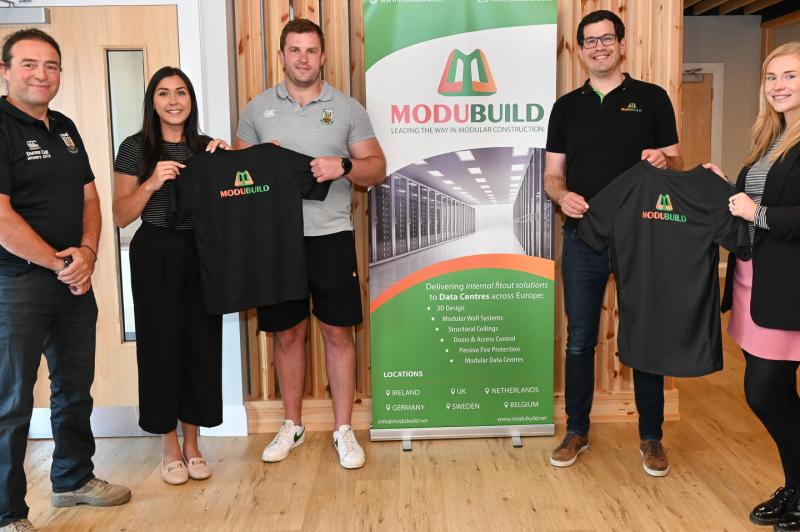 Kilkenny headquartered, multi award winning, High Tech Construction company, Modubuild have announced that they have come on board as the main sponsor of the Kilkenny RFC Men’s 1st XV Team for the second year in a row. As part of the sponsorship, Kilkenny RFC will be updating their 1st XV jerseys and training tops which proudly displays the Modubuild logo.

Commenting on the announcement, Modubuild’s Managing Director, Kevin Brennan said: “We’re delighted to support a local organisation such as Kilkenny RFC. We have a number of staff heavily involved with the rugby club and it has been great to lend our support, especially during the last couple of years which have been particularly difficult for clubs and organisations across the county.”

Dave Matthews, President of Kilkenny RFC, expressed his gratitude & thanks to all the team at Modubuild for their generous support. The club is currently in the middle  of some significant development, the support of Modubuild and other local companies is important to the club in allowing us to sustainably plan for the future. We hope to work with Modubuild to strategically develop our relationship to benefit both organisations over a long term period.

About Modubuild: Modubuild is a fast growing multi award winning High Tech Construction company, headquartered in Kilkenny Ireland with a network of regional offices in Netherlands, UK, Belgium, Sweden & Finland. They specialise in rapid delivery of both Modular on-site and off site construction solutions on some of Europe's largest and most complex high-tech projects primarily in the biopharmaceutical, pharmaceutical & Data Centre sectors. Modubuild own and operate Europe's leading off site manufacturing facility where we design, construct and FAT entire turnkey high-tech buildings within our facility and then transport them to client sites across Europe in record time.

Modubuild were recently named as Kilkennys Employer of the year. Their growing team of over 320 professionals have successfully delivered for their clients in 10 countries to date.