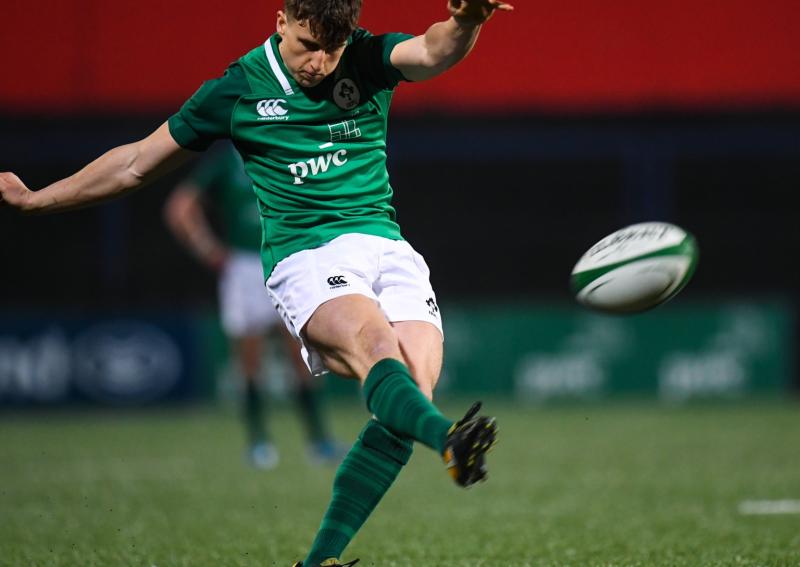 Tim Corkery has been named on the Ireland under 20 team to face Wales in the Six Nations at Cardiff Arms Park tomorrow evening.

The Leinster fly half is one of six changes to to an Irish side that will hope to make it two wins from two in the tournament after a bonus point victory over Scotland last weekend.

As well as Corkery, Irish coach Richie Murphy has called up Nathan Doak, Chris Cosgrave, Jack Boyle, Mark Donnelly and Donnacha Byrne as the underage side aims to continue the momentum gained from the Scotland win.

Ahead of the game, Murphy said: We were pleased to get off to a winning start last weekend but the very nature of this championship means you have to turn the page quickly and focus on the next challenge."

“We identified areas of our game that needed improvement after Scotland and we have been working on them this week.

“Wales will be a tough test at their home ground but the group are looking forward to the challenge and building on last week’s performance.”