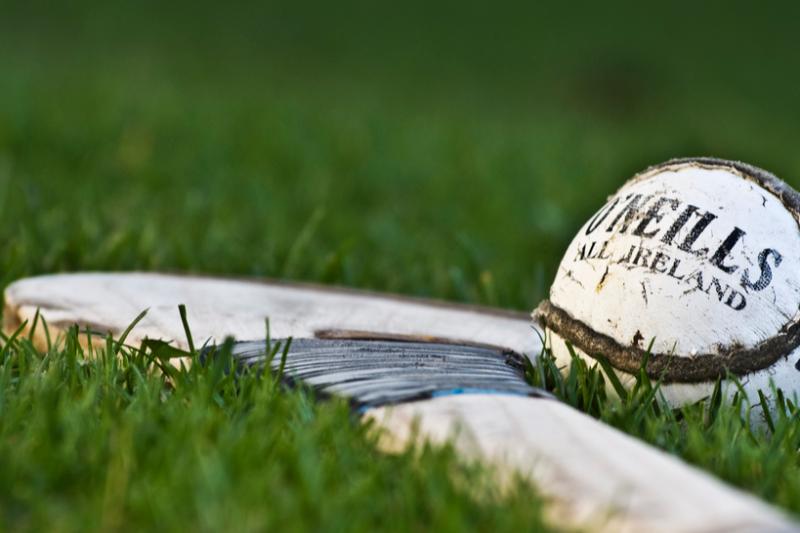 What a cracking first round tie.

Goals, fantastic saves and more goals were the order of the day.

Graigue raced into a nine point lead through a hat trick of goals from Ben McEvoy at full forward.

Piltown fought back well after the water break.

Same again for both teams in the second half going tit for tat with goals and points.

Ben McEvoy finished his tally with another three goals and two points.

Michael Tynan and Martin Brennan chipped in with crucial goals as Graigue ran out convincing winners in the last ten minutes to win on a final scoreline of 9-08 to 6-0.

Glenmore hosted Graigue-Ballycallan in the first round of the U15 B league.

The game was played on a beautiful surface at Ballynaraha between two evenly matched teams.

Graigue-Ballycallan opened with the breeze but it was Glenmore who started the better and went 0-2 points up in the first few minutes.

Graigue-Ballycallan responded and the teams were level at 0-3 points apiece.

Graigue-Ballycallan’s forwards started to make headway and by half-time had scored 3-5 to Glenmore’s 0-7.

Glenmore again had a good start to the second half and began picking off points to reduce the lead.

Graigue-Ballycallan were finding it difficult to score and hit some bad wides.

During the final ten minutes with Glenmore pressing hard, Seán McGrath brought off a great save in the Graigue-Ballycallan goal.

Clara got off to a flyer in their clash with Galmoy/Windgap in the first round of the U15B League in Clara on Wednesday evening.

Galmoy/Windgap quickly woke up however and led by the excellent Conor Doyle led at the first water break by 3-6 to 2-4 with the goals all coming in a five minute spell from Doyle(2) and Niall Drennan.

Galmoy/Windgap were in full control from there on with a young Clara team unable to come to grips with the power of their opponents.

Clara battled gamely in the second half and matched Galmoy/Windgap score for score to the end but goals from Fionn Lonergan and again from Doyle sealed a well-deservedvictory for Galmoy/Wingap.

Clara added to their tally with a goal from Joe Power to leave the final score at Clara 3-15; Galmoy/Windgap 6-20.

The first round of the U15 Roinn C League for both Mullinavat & Gowran (B) was held in Gowran on Wednesday evening June 16th.

Gowran lead throughout the first half with the first score coming from Billy O Keeffe.

The half time score was 1-4 to Mullinavat's 4 points.

There were some good performances from Gowran & Mullinavat in the second half.

Gowran got a penalty in the last quarter and a good save from Patrick Aylward kept Mullinavat in the game.

However, Gowran kept their lead and the final score was Gowran 2-8 to Mulliinavat's 13 Points.

Both teams move onto the next round of the league.

The sun shone in Ballragget on Wednesday evening as the U15s opened their league campaign against Mooncoin.

A glorious evening to watch a hurling match, St Patricks were quick to build up their scores with Mooncoin finding it difficult to keep up.

This seemed to be theme for most of the match.

Mooncoin struggled to find scores as St Patricks took the lead with two spectacular goals leaving the Mooncoin boys trailing by 15 points at half time.

Things improved for Mooncoin after the break with two spectacular goals of their own but by then Ballyragget’s lead was too much to claw back.

A good display of hurling from both sides and a good opening league match for both teams.

There were some great scores from both sides and at half time the narrowest of margins spilt the sides with the Rower winning by a point leaving it all to play for in the second half.

The result was right in the melting pot until the final whistle when Graig held on to a two point lead and ran out winners on a scoreline of 3-12 to 2-13.

Steven Kinsella and Sean O’ Grady getting vital scores for the Graignamanagh side while for the Rower boys Pj Mackey and Callum McGrath kept the score board ticking over.

In the middle of the field a great battle between Cian O’ Shea and Callum McGrath which brought this exciting game right down to the wire.

On a warm, balmy evening in the glen of Tullogher the Minor League got underway as Young Irelands took on home side; Tullogher Rosbercon.

The game started in a frantic manner with some sharp shooting from both sides in the opening minutes.

Danny Glennon opened the scoring with a point from a free for Tullogher.

Mikey Knox replied with a similar score for the Gowran men, with Killian Carey putting another point over within minutes.

An argy-bargy broke out and two red cards were shown to a player from each side; leaving a 14 –aside game for the remaining fifty minutes.

It was tit-for-tat up until the 20th minute, when Daniel Manning scored a goal for Gowran, giving them a three point lead.
Patrick Langton was in dominant form at centre-back and defended well as Young Irelands took the game in hand and Killian Carey (two points from frees) and Ben Phelan (one point) continued to push ahead.

The second half opened with a quick goal from Daniel Manning.

Young Irelands seemed to have the game in hand and despite a goal from Danny Glennon, the Tullogher side were under pressure and a third goal for Gowran scored by Killian Carey seemed to seal the deal.

But Tullogher were far from beaten, and they found another gear after the final water break that gave the final fifteen minutes a hum-dinger of a game.

Four successive points for Tullogher and a goal from Danny Glennon had the side-line on their feet.

With only a goal between the teams with five minutes to go – both sides fought hard for every ball and were dogged in their play.

Lar Murphy, centre back for Tullogher was stalwart in defence but the nifty Daniel Manning broke the ranks in the final minutes to score Gowran’s fourth goal to win the game.

The Galmoy/Windgap minors travelled to Urlingford last week to take on a fancied Emeralds squad in the first round of the Roinn B League.

The Emeralds were very impressive with Killian Doyle at midfield leading the way with five points from play, while Darragh Queally and Alex Burke also notched up an impressive array of scores between them.

David Sherman at full back for the amalgamated forces had a great battle all through with Burke while Colman Moloney was also impressive at corner back.

By the first waterbreak, Emeralds lead 0-7 to 0-3 with Niall Drennan hitting the visitor’s scores. The aforementioned trio shared the Emeralds next four points before the interval with Calum Lonergan providing a lone reply as the hosts lead 0-11 to 0-4 at the interval.

Galmoy/Windgap could have been a bit closer but for the fact that they clocked up seven wides in the second quarter.

The second half was an evenly contested affair until the Emeralds struck their first goal in the 43rd minute.

Eoin O Shea stopped a cracking shot from Alex Burke but Cormac Burke was on hand to poke home the rebound.
Alex Burke then added a second big score after working hard to extract the sliotar from a ruck, before shooting to the net,2-15 to 0-6.

The move paid dividends as the visitors stormed back into the game and forced a defender to pick up the sliotar in the 53rd minute winning a 20 metre free.

With five players on goal, Niall Drennan still found an opening to rattle the net and suddenly it was game on again. Billy Power and Killian Enright were also doing well at this stage for Galmoy/Windgap.

Good points from Calum Lonergan and John Dermody closed the gap some more.

In fact, Dermody was most unlucky not to strike a goal when he hit the upright moments later.

That goal did eventually come when, after a great run up the left wing, Calum Lonergan found the target and followed up with a pointed free to leave a respectable eight points between the sides at the final whistle.

Glenmore u17s had a hard fought 1-12 to 1-11 win over Harps of Laois. It was score for score the whole way with a pointed free in the last minute providing the winner.