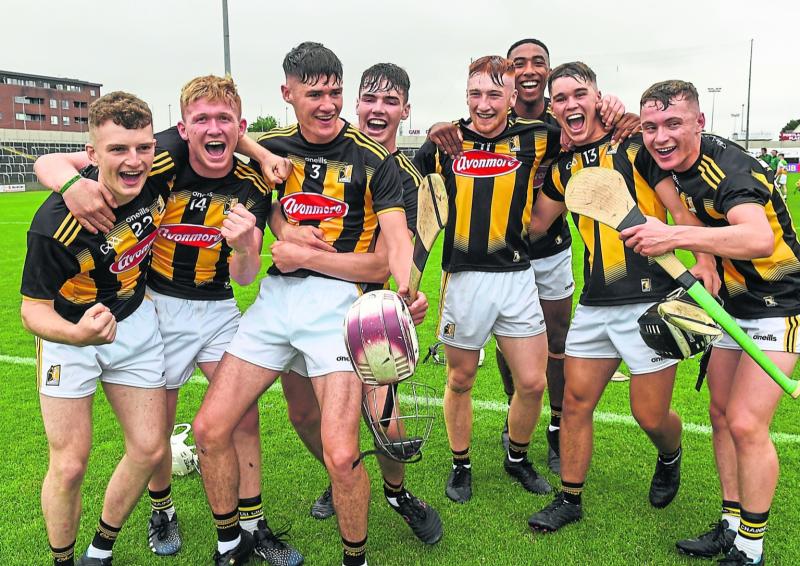 Games in the minor championship are like buses, it seems. You wait long enough for one, then two come along almost at once.

Yet, despite having just six days between winning the 2020 Leinster title and contending for All-Ireland honours, Richie Mulrooney admitted his side can’t wait to get back into action.

“We can’t wait for the game,” he said after his side beat Offaly to win provincial silverware last weekend and, with it, set up an All-Ireland final against Galway this weekend.

“We know Galway are strong - they were very strong in the last 10 minutes against Limerick - but we’re looking forward to the game,” he added. “We’ve now been in the last three All-Ireland finals, which can only be good for the future of Kilkenny hurling. The lads are getting to those finals and learning all the time. This has been a good day.”

Having waited close to seven months for the final, it’s safe to say Kilkenny have been a patient side. It’s been one long road for the side - and then some!

“This campaign would have started with trials in the winter of 2019, expecting that you’d be playing a Leinster final in July 2020,” the manager said. “Here we are in July 2021 playing our second match!”

The Cats booked their place in the Leinster final last December, beating Wexford just days before Christmas. However, Covid-19 restrictions meant the much-anticipated January final never materialised. That meant the players had a lot of time to kill, but they remained focused throughout.

“In fairness to the players during the lockdowns - and there was more than one - they worked away on individual programmes they had been given by Sean Kelly and Jimmy Meagher,” said Mulrooney.

“Each time we got the go-ahead to come together the lads worked so hard at training in Kieran’s College. I’m just delighted for them that we’re Leinster champions, as several were on the panel when we lost to Wexford in 2019. It’s great for them to get that Leinster title.”

Anyone who expected signs of rust would have been surprised at how Kilkenny tore into the game.

“We had to change things around really quickly after we lost Paddy Langton - I hope the injury isn’t too serious - but when Gearoid (Dunne) went back centre-back and Ted (Dunne) came in we just carried on with things.”

And the changes didn’t affect the team in the slightest.

“Lads at intercounty level can play at both ends of the field,” the manager added. “Gearoid would have played for Tullaroan at centre-back as well as up front, so we had no qualms in moving him back.”

Being able to move the players to different positions was one pleasing aspect of their performance. So too was the great appetite on show.

“There was fierce hunger in that team,” he said.

“We hadn’t won a Leinster title since 2017 while some of the lads have been in the Leinster and All-Ireland finals of 2019 and though we lost they did brilliantly for us. To get a piece of silverware is great for them.”

And they could yet add a second, but will face a tough test against a Galway side who blew Limerick away in the other semi-final, hitting 3-6 in eight second half minutes en route to a 4-18 to 0-15 win.

“Galway are a super team,” said Mulrooney. “They have nine of the team who played in the 2019 All-Ireland final and they were very good again in their semi-final against Limerick, but it’s great to be here with a chance to take them on.”