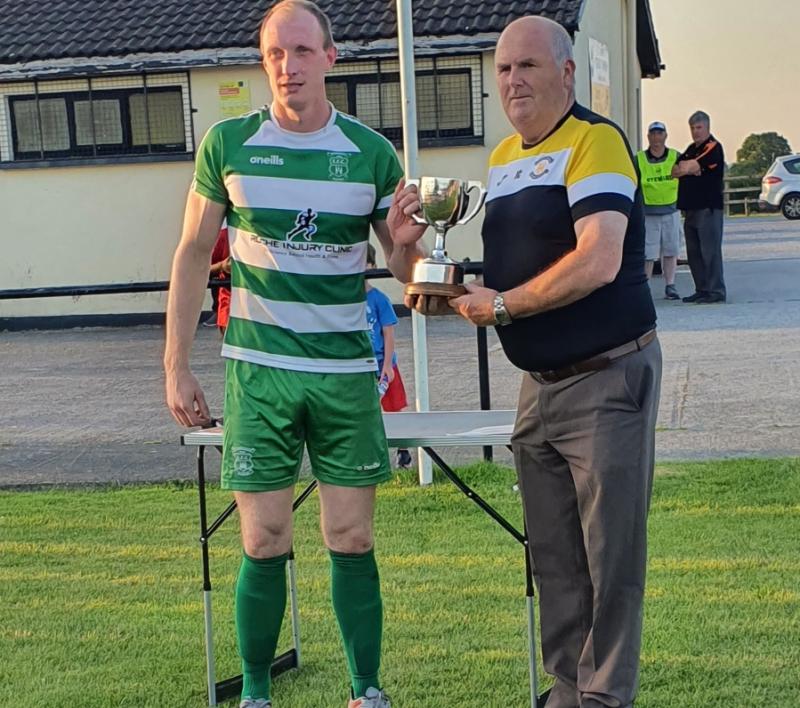 Evergreen were crowned McCalmont Cup winners after they edged past a stubborn Newpark side in the final at a scorching Derdimus on Friday night.

The 1-0 success topped off a cup double for the Kilkenny city side after they won the Pat Maher Shield a couple of weeks ago and like in that victory over Freebooters, it was Mikey Drennan who was the matchwinner with his penalty kick six minutes from time sealing the victory.

After losing out to Evergreen's second string in the Division 1 Billy Leahy Memorial Cup Final last weekend Newpark were big outsiders coming into the game but they competed exceptionally well with their illustrious opponents.

Newpark were very organised in their play and while they didn't create a huge number of opportunities, it was clear to see that they frustrated Evergreen and it was only when Stuart Delaney handled in the box from good play by Drennan that the victors broke the deadlock with the former league of ireland star netting the resulting penalty.

It's a fourth title on the spin for Evergreen and a 17th McCalmont Cup in total as the city club rounded off the shortened soccer season in style.

For a full match report, see next week's Kilkenny People.