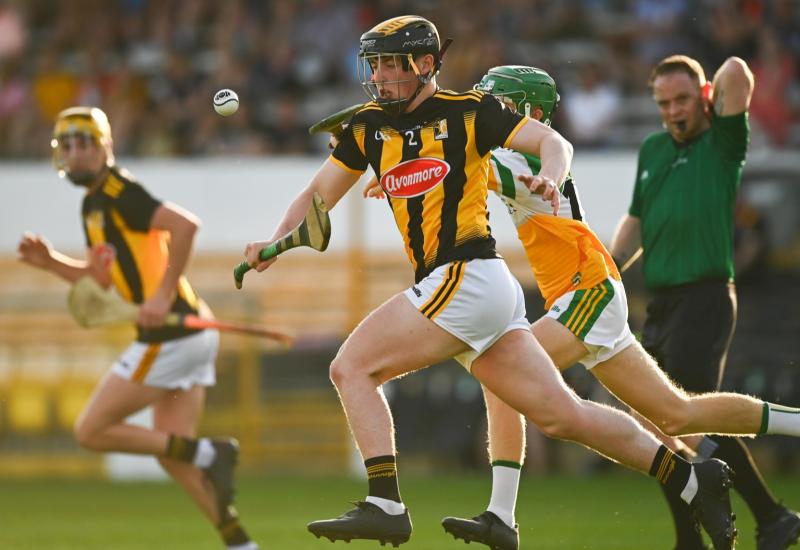 Kilkenny corner back Evan Rudkins bursts out of defence during the Leinster Minor semi-final against Offaly.

The scoreboard may have been a small bit misleading in the end but Kilkenny were still emphatic winners over Offaly in this evening's Leinster Minor Championship semi-final.

Harry Shine took centre stage with 2-15 for Richie Mulrooney's side as the Cats proved too strong for the faithful county.

If Kilkenny had their shooting boots on during the first period, the game may have been over by the half-time interval with the home side squandering a number of goal opportunities.

Dicksboro clubman Shine netted a 19th minute penalty after the ever dangerous Ted Dunne was fouled in the square and Kilkenny used that momentum to lead by five points at the break. (1-10 to 0-8).

Offaly improved in the second period and a well taken Adam Screeney goal gave Leo O'Connor's men hope and they were within a point of the defending Leinster champions by the 40th minute. (1-13 to 1-12).

Kilkenny were in complete command over the course of the final quarter however with Shine and impact sub Cillian Hackett netting late goals.

Kilkenny can now look forward to a Leinster decider with near neighbours Wexford in Netwatch Cullen Park next Wednesday night.