Star promise: Kilkenny face off with Wexford in Leinster final 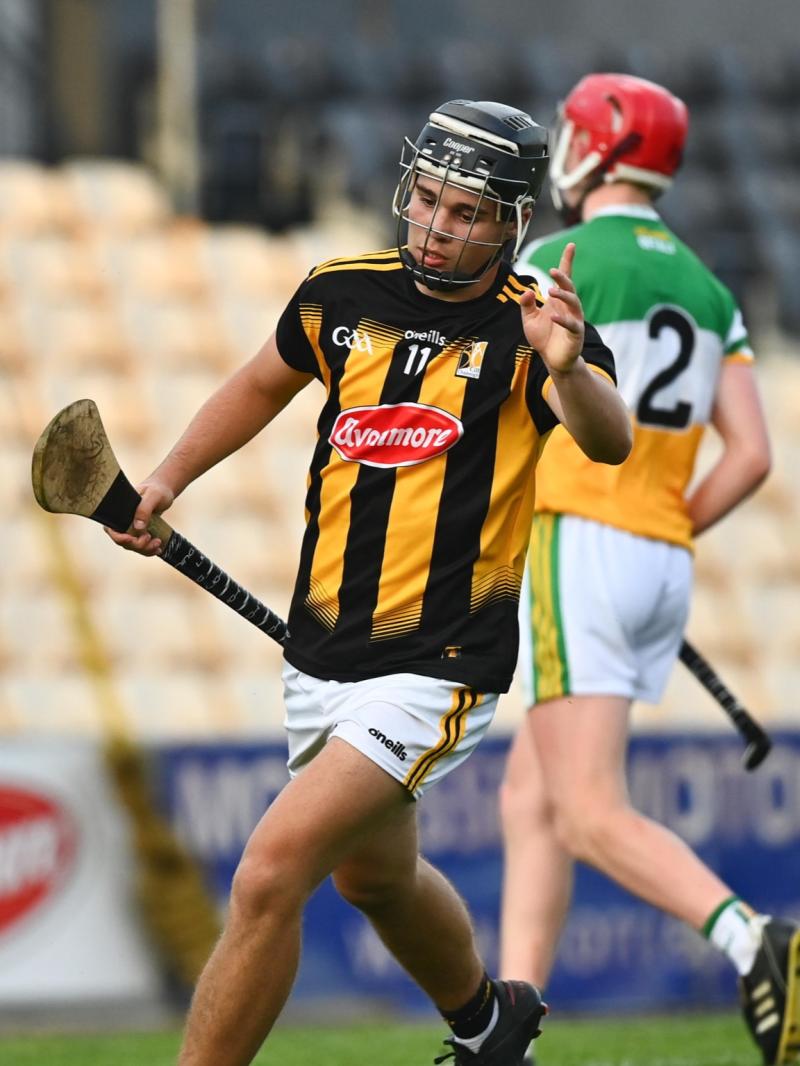 Not even a month has passed since the 2020 decider and tonight (Wednesday) we will find out the destination of the 2021 Leinster minor hurling championship.

Kilkenny are the holders after beating Offaly earlier this month and while it has only been a short reign Richie Mulrooney’s side will be aiming to make it back to back provincial titles.

Near neighbours Wexford are the side in the way of Kilkenny reaching that accolade and it’s set to be a very interesting game in Netwatch Cullen Park, Carlow with a 7.30pm throw-in.

It’s a Kilkenny side full of promise and potential and they showed in the semi-final victory over Offaly how devastating they can be, particularly in attack.

Offaly had a number of players still eligible from their 2020 side and they were a highly rated outfit. While they were competitive throughout the clash in UPMC Nowlan Park, there was never any danger to the result with Kilkenny easy enough winners in the end.

Harry Shine was the Kilkenny star in that victory as he finished with a total of 2-15 and much will again be expected of the team captain from centre forward.

As well as the Dicksboro man there are a number of other stars on the side with Ted Dunne, Gearoid Dunne and Killian Doyle all big players for the Cats.

As with any minor side they are travelling to Carlow somewhat in the unknown in terms of how talented the Wexford side in opposition are. The Slaneysiders got to the final by beating Dublin in the last four on a 1-15 to 1-12 scoreline.

Wexford also defeated Kildare on a narrow scoreline in the quarter-final so it’s clear they have a fair amount of resolve in their dressing room in gaining two closely fought wins.

The two sides met in the opening round of last year’s Leinster championship with Kilkenny running out six point winners against a youthful Wexford outfit and the Model County only have two survivors from that December afternoon in Wexford Park.

Corner back Cian O’Tuama is again underage while more significantly full forward Luke Roche is available and he did the majority of the scoring for Wexford in both games against Dublin and Kildare so Kilkenny will have to keep a close eye on the dangerous attacker.

In saying that Kilkenny will still go into the game as warm favourites with the winners going forward to an All-Ireland semi-final clash with Galway in a couple of weeks.