Teamwork is key to camogie’s prosperity 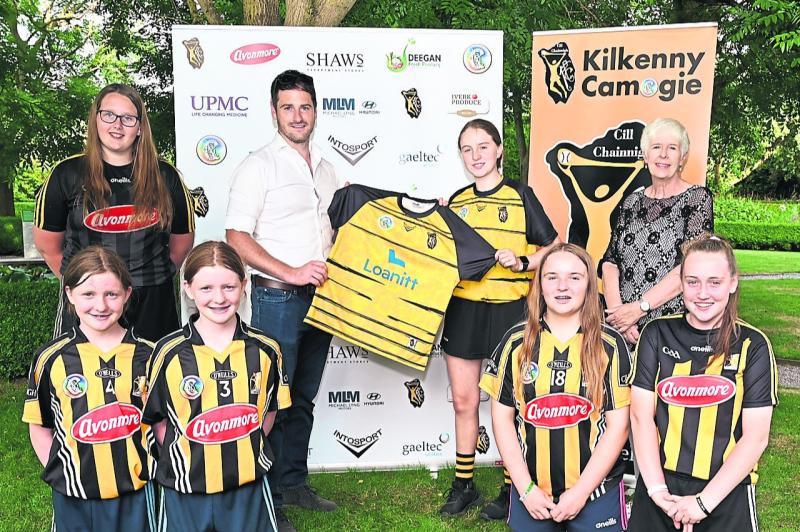 Camogie is a team sport but it’s not just the players or management who make it that way - it’s the involvement of everyone which helps to bring the game from strength to strength.

That was the message that came loud and clear as the Kilkenny Camogie Board held a special evening for supporters and sponsors of their sport.

“You can’t underestimate the importance of having everyone coming together,” said Sheila Norris, chairwoman of Kilkenny Camogie Board. “It’s wonderful to see everyone in the one spot - without one, the rest won’t progress.”

The success story that is Kilkenny camogie goes beyond any single team. So many people from many different areas are willing to play their part in the promotion and development of the sport.

“To have people who are willing to put their hands up and invest in women’s sport,” she said. “Whether it’s their time, effort or financial help, it’s all so important. To have the diversity we saw here, everyone willing to get involved, shows the progression of camogie over the last number of years.”

Special guests at camogie’s celebration evening in Butler House were the League Cup and the O’Duffy Cup. The silverware is the pinnacle of the game, the fruits of the county’s labour, but their roots go deeper than the senior intercounty game.

“The trophies are symbols of what has been achieved,” the chairperson said. “They are a sign of the work that goes on all year. We’ve also had players bringing the trophies to Cúl Camps all over the county - you can see the dreams in the eyes of the young girls when they lift the O’Duffy Cup. You need that for the future of sport - for the future of all sports.”

However, showing off the silverware isn’t just about inspiring the next generation of camogie players. Just as vital is the promotion of equality in sport.

“It’s important for the boys at these Cúl Camps to see the girls with trophies,” the chairperson added. “They have to see women can be sportswomen. It’s so important to promote that throughout the county.”

Another driving factor for the Camogie Board is to keep players in the game. It is well known that female participation in sport can fall off after a certain age, so all in Kilkenny camogie circles are determined to keep players playing.

“It’s not just about this year’s success or next year - we’re looking at building for success in 20 years’ time,” she said. “We want to see these young players realise their ambitions. To do that we need to bring everyone on board, whether it’s the teams, the corporate world or media. Everyone needs to come together. Then it can be achieved.”

The Camogie Board were also full of praise for the links that have been forged with their Gaelic Games counterparts.

“We are very lucky to have a huge relationship with the GAA in Kilkenny,” she said. “The County Board are so supportive of everything we do and are 100% behind us, as are all the clubs throughout the county. It’s that progression which is needed, that support, to drive on women’s sport.”

It’s apparent that all in Kilkenny camogie circles are determined to do everything in their power to build for the future.

Shrinking violets they are not.

“You have to fight for your own corner,” she added. “You have to try and do the best you can do for your sport. Just go out and do it. Everything else will follow after that.”