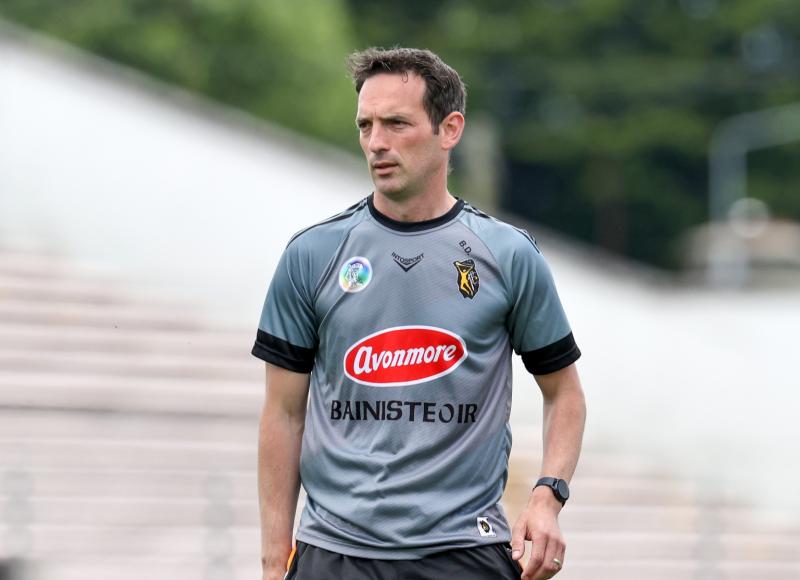 Kilkenny camogie manager Brian Dowling is usually extremely calm and composed on the sideline and while his side maintained their unbeaten start to the championship, it was obvious he wasn’t best pleased with the display against Westmeath.

Kilkenny emerged 2-17 to 1-11 winners in Mullingar on Saturday to seal their place in at least the quarter-finals but the St Kieran’s College school teacher knows major improvement is needed after trailing for long periods of the game.

“It’s my third year involved with the team and that was by far our worst performance,” he said. “I don’t know what was wrong with us in the first half as we couldn’t get to grips with the game at all - we missed a couple of frees that Denise Gaule would normally get while we also wasted a few goal chances.

“In fairness though Westmeath were the better team until Miriam Walsh got our opening goal,” he added. “While it wasn’t looking good we still managed to turn it around and get the points and that’s the main thing really.”

A goal just before the second half water break from stalwart Miriam Walsh set the Cats up for a much improved final quarter where they took control, but that first half where they looked sluggish all over the field will be of some concern.

“We just didn’t get to the pace of the game,” the manager said. “We prepared exactly the same way as we did a week previous so we just weren’t good enough in that first half as we weren’t winning tackles or getting hooks and blocks in and our use of the ball wasn’t good.

“I said it to the girls afterwards that we didn’t play well but our backs were to the wall in that second half and they came out fighting,” Dowling added. “We know that’s not what we planned for but we learnt a lot and it’s still early days in the championship.”

Asked if the manager offered much words of wisdom at the interval, the message was clear that it’s a player led environment. That was even more noticeable with Collette Dormer and Denise Gaule amongst others speaking in the huddle of players afterwards.

“There’s only so much we can say and the drive has to come from them and the girls know when they haven’t played well, they set as much high standards as the management do and some days you go out and you are flat and that was one of those days so hopefully we don’t have another one as if we do that will be the end of our championship campaign.”

Kilkenny will meet Galway on Saturday in a repeat of the recent league and championship finals with the winners still in with a chance of making a semi-final.

“We want to try and win every game and it will be the same against Galway on Saturday,” he added. “Even if that happens we still mightn’t be in a semi-final as it’s the luck of the draw, but the plan is to go all out to win that game. We want to put the Westmeath display behind us as we set high standards and we didn’t match them today.”