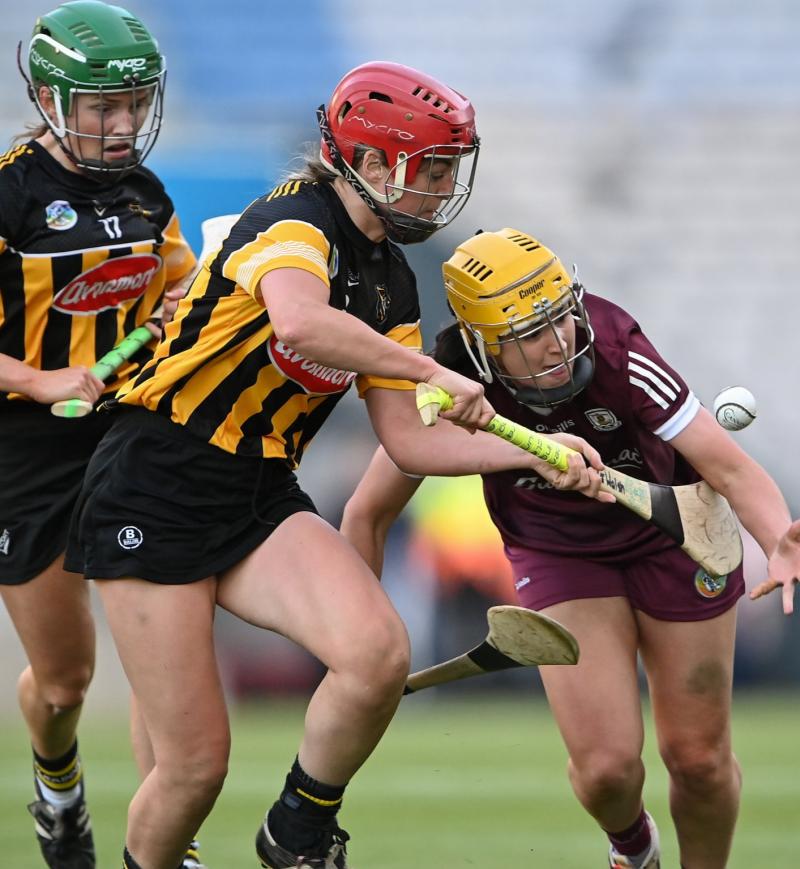 Kilkenny's unbeaten run in the Senior Camogie Championship came to an end when they were defeated by Galway this afternoon.

As expected Kilkenny were much improved from last week's winning display against Westmeath although in the end it proved to be losing effort in a repeat of the recent League and Championship Final and the Cats will have been very frustrated to lose out after playing three quarters of the clash with an extra player.

Galway corner forward Catherine Finnerty was sent off halfway through the opening half in an incident involving Claire Phelan and Brian Dowling's outfit used it to their advantage as they led 0-8 to 0-5 at the interval.

The turning point arrived mere minutes into the second half however when Siobhan McGrath netted for Galway and Kilkenny could never quite grab the deficit back.

Led by Aoife Doyle who was excellent throughout, Kilkenny continued to bring the fight to their opponents and in a dramatic conclusion they will wonder just how they didn't snatch victory.

Piltown star Doyle looked certain to net a winning goal in the closing stages when she grabbed hold of the sliotar but her effort goalwards was miraculously saved by Laura Glynn before both Katie Nolan and Denise Gaule had attempts blocked in the aftermath.

The last bit of action then seen Claire Phelan knock the ball over the bar when she was looking for more as Galway held on for the win and top spot in the group.

The defending All-Ireland champions now must go the longer route in this year's campaign and compete in a Quarter-Final in a few weeks time.