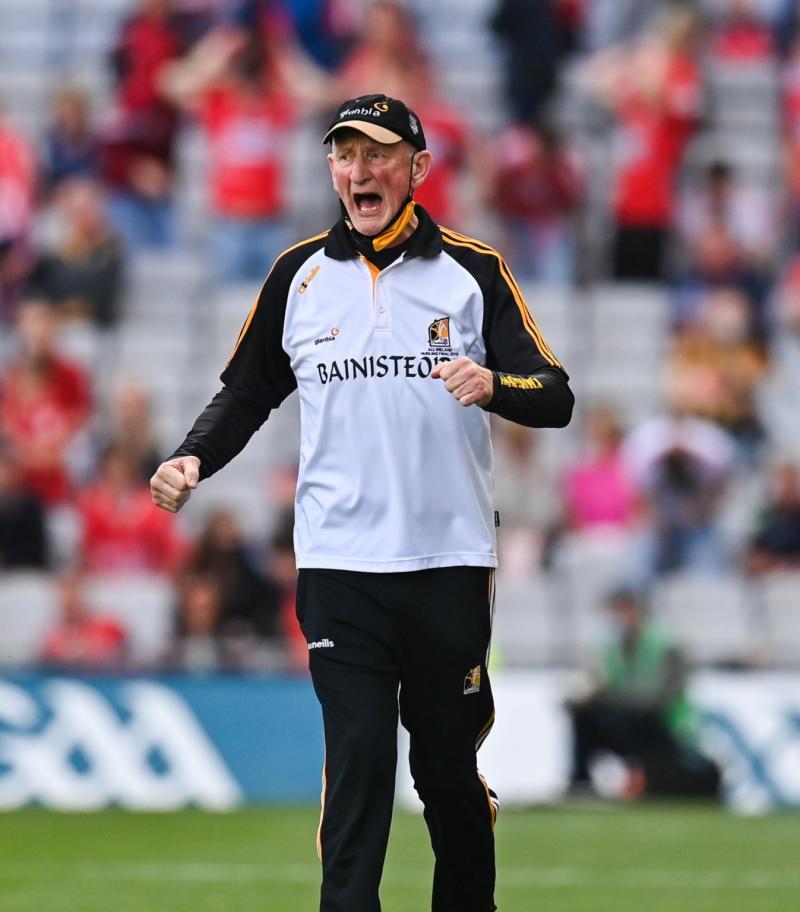 Sunday afternoon proved to be the end of the road in the 2021 hurling championship for Kilkenny.

A 1-37 to 1-32 defeat after extra-time at the hands of Cork in a pulsating contest was the end result and Kilkenny manager Brian Cody pointed to Jack O’Connor’s goal as the main difference between the sides.

“Cork played out extra-time very well obviously and it was just one of those games where we had chances at different stages and they did too and it kind of ebbed and flowed a bit, Cody said.

“Cork looked like they were going to win the game at the end of normal time but we scored a very good goal to bring it to extra-time and we started off very well and as it went on the goal was a huge score for them and they played out the game very well from that point on.”

Kilkenny showed great character to stay in the game after being six points down at one stage with Adrian Mullen’s goal getting them out of jail during normal time somewhat but Cody is not surprised by the fight in his team.

“I would be very disappointed if we didn’t keep going all the way to the end of the game as that’s what real sportspeople do and our dressing room is full of them so they kept at it and they fought to the bitter end.

“Sport is sport and there’s always a winner and a loser but you can lose badly or with a bit of respect and honour and our lads did that today”, he admitted.

Sunday’s defeat was the first time under Cody’s watch that Kilkenny had been defeated in successive All-Ireland semi-finals but he was wholesome in his praise for the winners.

“Everyone spoke about the pace in the Cork team before the game but they don't just have that, they are also full of skill and application and their goal was a huge score and after they got that, they played with huge confidence and they had great ability in moving the ball around and picking off some nice scores.”

On Adrian Mullen’s late goal and the extra time that followed - “The goal was a huge score to get and it kept us in the game and it brought us to extra-time which we had already experienced this year but that’s not enough and you have to go out and deliver it on the pitch and didn’t happen for us”.