Minor Hurling: We just didn’t perform on the night’ - Mulrooney 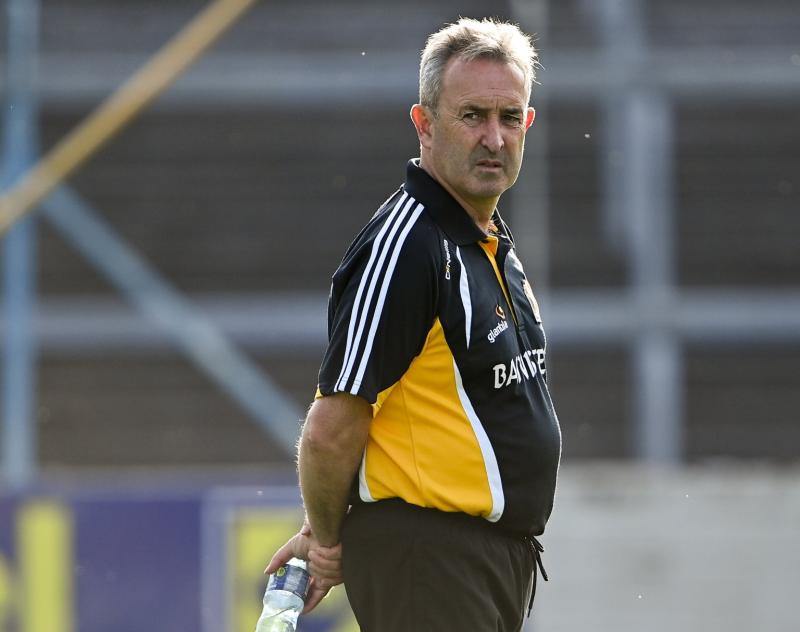 Once again it was Galway who ended the Kilkenny interest in the All-Ireland Minor Championship after they ran out eight point winners over the Cats on Friday night.

Kilkenny boss Richie Mulrooney was visibly disappointed after the game and admitted that his team didn’t really show up.

“I’m just really disappointed for the lads as they are a great bunch of fellas and it just didn’t go well tonight but one game won’t define them.

“They were superb only a few weeks ago in the 2020 final and despite the fact that Galway were a good bit better us, we still had a couple of lads that played very well and while others didn’t play as well, they are still only 16 or 17 years of age and these things happen.

“They won’t be defined by one game and despite the disappointment, I’d be very confident a number of those fellas will have bright futures in a Kilkenny jersey”, said Mulrooney.

Kilkenny started the game quite well but were unable to get the scores on the board and in the end that told on the final result.

Despite the defeat the Kilkenny boss still expects a lot of the players to move on to the Under 20 and senior ranks over the coming years.

Mulrooney added: “It was seven wides to two at half-time and we were unfortunate not to score two goals in that opening half.
“We then started the second half very well and got the goal from Danny Glennon before adding on a point or two but in fairness from that point on Galway took control and stretched away after that and we can’t have any complaints as we were second to the ball and they beat us on the breaks.

“ It’s just really tough for the lads as they are a really committed bunch of players and hopefully the disappointment will drive them on in their Under 20 career and then for those who play senior with Kilkenny aswell and there will be some.

“I know sometimes you can look on and say that wasn’t the performance we expected but nobody is more heartbroken than the players”.

It’s been a hectic number of weeks for the likes of Killian Doyle, Joe Fitzpatrick, Harry Shine, Gearoid Dunne and Ted Dunne who were all part of both the 2020 and 2021 leinster winning Kilkenny panels and Mulrooney heaped huge praise on their contribution during a difficult period.

“The lads who were on the 2020 squad have given me a fantastic two years as they came in for 2019 before everything stopped with covid and the competitions stretched into 2021”.

“They are five great lads and there’s a couple more of them there aswell and I know in defeat it’s even harder to think of these things but for me Bill Hughes was just fantastic at full back throughout the game”.

If it wasn’t for the presence of Galway, Kilkenny may have won a couple of All-Ireland titles after losing the last three finals to the Connacht side but as it stands they are the team to look up to.

“Galway seem to have minor level cracked anyway as this is my fourth year in charge and in all of those years we have came up short against them where we have beaten every Munster county.

“I know we didn’t get to play one this year but in 2018 and 2019 we beat both the Munster winners and runners up but we haven’t been able for Galway and we have to accept that they are the real standard bearers and it’s not just our county that has to catch up with them, it’s everybody but are going to have to reflect on all of this and see where it goes”.