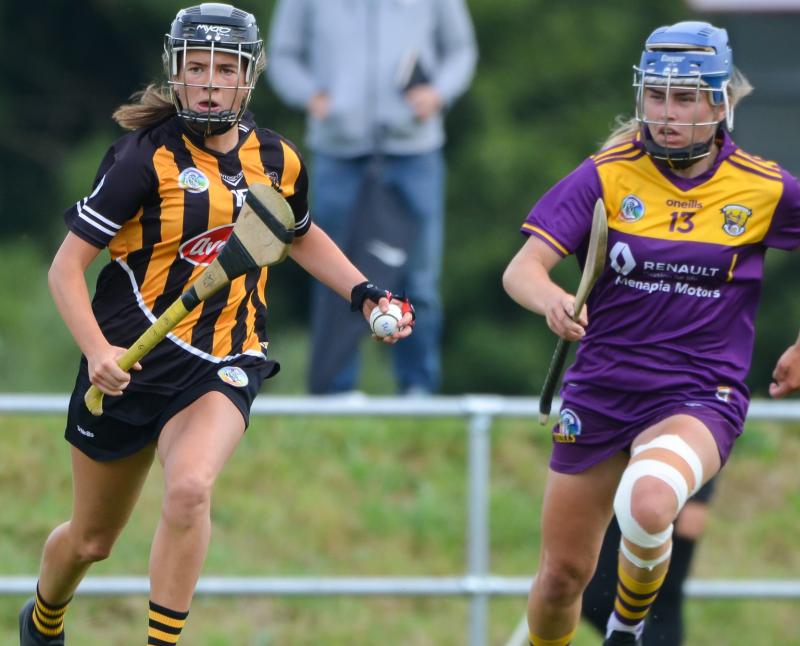 The Kilkenny minor camogie side will return to action this Saturday afternoon when they take on Limerick in the All-Ireland quarter-final at Fermoy with a 2pm start.

The Cats are unbeaten in their championship campaign thus far after topping a group that involved both Wexford and Waterford.

Mike Wall’s side drew with Waterford the first day out and had nine points to spare over Wexford in their most recent outing.

The Kilkenny boss has been pleased with the development of the side in the championship so far.

“The first game against Waterford was always going to be a big test as it was our first competitive game of the year and we didn’t really know where we stood but we were happy how we performed that day against a good side.

“ We then improved for the Wexford game the following week and we got the result we were looking for.

“Our main aim at the start of the championship was to advance to the next stage and we have achieved that so we are happy enough”.

While Kilkenny were comfortable winners over Wexford in Thomastown,  that game arrived under a bit of a cloud with covid cases engulfing the squad beforehand.

“We were without a number of players for the Wexford game as a result of covid so it did make things a bit more difficult but that’s the way of the world at the moment so we just had to get on with it and the girls played well that day and they are looking forward to the game at the weekend”, Wall said.

“We are hoping the girls will be available for selection this weekend but we are just taking it by day at the moment as covid affects them all very differently.

“ It’s not like a senior squad where a lot of the players would be vaccinated, you are dealing with a much younger demographic here and as far as I know only a few of them have got the jab and that would be as a result of having asthma etc.

“ All of the girls are just looking forward to getting back on the field really and they can’t wait to see some action.

Limerick are the opposition for Saturday’s quarter-final clash and after emerging from a group that included both Cork and Clare, they are sure to provide a stern test for Kilkenny.

“We are well aware of the challenge ahead of us and we have played Limerick both home and away in challenge games recently so both sides are pretty familiar with each other.

“Unlike us they have a Munster championship under their belts aswell and they reached the final of that so they have a bit of momentum behind them at this stage.

“The group they were in alongside Cork and Clare was a tough one aswell so the fact they qualified from that shows the talent they have at their disposal and we will need to be at our best if we are to come away with victory on the day.

The other quarter-final will see Waterford and Dublin collide on Saturday with Cork and Galway awaiting the winners in the semi-finals.

It’s a competition Kilkenny haven’t won since 2015 so they will be hoping to make a big step forward on Saturday.