Defensive lynchpin Phelan eager to get Cats back on track 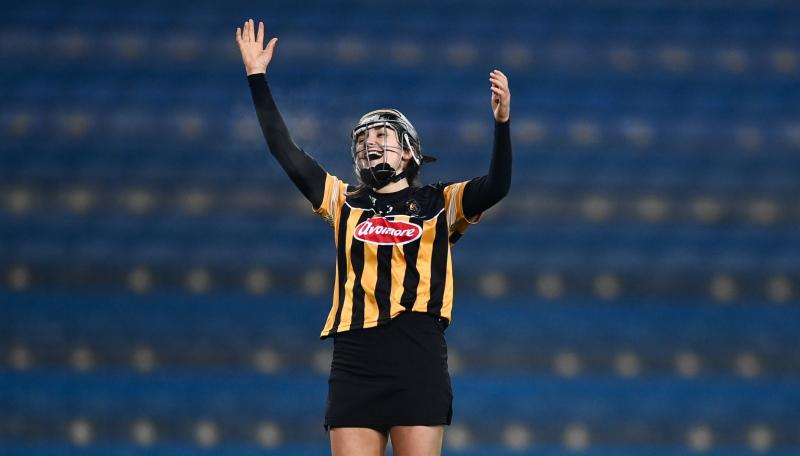 Kilkenny are getting ready to take on Wexford in the first of this year’s All-Ireland senior camogie quarter-finals in Pairc Ui Chaoimh on Saturday evening, (5pm, live on RTE2.)

Brian Dowling’s side are coming into the game as the defending league and All-Ireland champions but after losing out in their final championship group game to Galway a few weeks ago, they may feel they have something to prove this weekend.

“We have been looking at the games ourselves and we feel that we have been very patchy in our performances in that we have only really played in 10 minute stages here or there, said Kilkenny defender Claire Phelan who was speaking at the launch of the All-Ireland championship.

“Ultimately you are never going to win an All-Ireland playing like that as you need to play for the full sixty minutes and it is something we have been working on.

“Having such close games can stand to us aswell and we’ve worked on things we needed to improve on and training has been as tough as any match we are going to play but we do need to step up on Saturday as what we’ve done before won’t be good enough at this stage of the championship so we are hoping it will all come together”.

Phelan has been in and out of the side this term after nursing an injury in the early part of the year but she’s now fully fit and eager to push on with Kilkenny.

She admits that watching on during the league was difficult as the strength in depth on the panel really showed.

“ I’ve had a tough few months with my hamstring and the injury has felt long at times but with the help of our physio I’m now over those complications and I’ve had no issues whatsoever.

“I’m just looking forward to the knockout stages of the championship starting with Wexford on Saturday.

“Since the start of the year competition for places has been unbelievable and especially in defence, I was looking on during a couple of the league games and thinking to myself that if I don’t get back soon I’ll never get back on the team but that’s exactly what you want in a team.

“It’s a great panel of girls and it’s been like that all year and it doesn’t matter who is on the field they are all capable of doing a job for the side and if you are in form you will be given a chance to make that starting team.

“We’ve had a lot of different girls in the team throughout the league and the round robin stages so we are happy where we are at the moment”, the Lisdowney star said.

It’s a local derby on Saturday as a resurgent Wexford side aim to cause a shock and Phelan knows Kilkenny will have to be at their best if they hope to make the semi-finals.

“Wexford are always a good hurling county and without a shadow of a doubt it’s going to be a difficult game as they are well able to hurl as well as being physical and we played them in a few practice games earlier in the year.

“We know what they are going to bring and we are looking at ourselves too and concentrating on what we can do.

“It’s gonna be a very tough game so we need to be in the right frame of mind for the challenge and we need to make sure the workrate and intensity is where it is needed to be.

The all Leinster clash will form part of a double header with Waterford and Tipperary clashing afterwards as Cork and Galway await the winners in the last four.