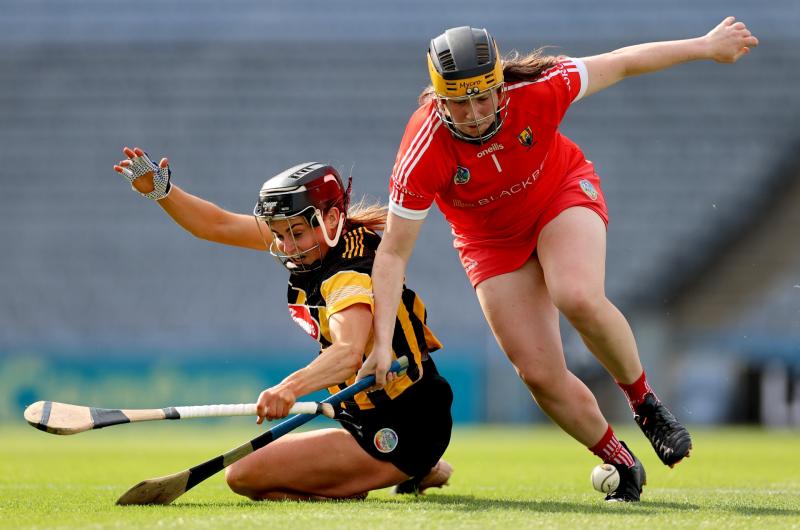 There was agony for the Kilkenny senior camogie team as Cork ended their reign as All-Ireland champions.

An injury-time point from Linda Collins did the trick as Cork came from two points down to book a place in the final against Galway.

Cork made an impressive start to the game, points from Saoirse McCarthy, Chloe Sigerson and Orla Cronin (free) giving them the advantage inside the opening 12 minutes, but they had goalkeeper Amy Lee had to look lively to prevent Aoife Doyle from nabbing a goal with just two minutes on the clock.

That chance, which came when Katie Power and Steffi Fitzgerald teamed up to unlock the Cork defence, was the only time the Cats got to test Cork from close range in the opening half.

Scores proved hard to come by for Brian Dowling’s side, who trailed by the bare minimum at the water break (0-3 to 0-2), but Cork were only beginning to find their stride. Moving the ball at speed, their running began to cause Kilkenny some problems. Orla Cronin and Chloe Sigerson profited most of all - they hit six points in 16 minutes to push Cork well in front at the break (0-10 to 0-5).

Cork remained in front until well into the second half, but the game turned on its head when Mary O'Connell blasted the sliotar to the net in the 43rd minute, before a Gaule free levelled the game (1-8 to 0-11).

Kilkenny got their noses in front not long after, Gaule firing over a free before Katie Power arrowed over a point to push the Cats two clear with 52 minutes played.

Although Cork hit back through Orla Cronin (free) and Fiona Keating, it looked like their charge had stalled when Cronin was red carded late on.

Both sides had chances to win it in stoppage time, but it was the cool head of Collins which won it in the end - a cruel way for Kilkenny to bow out.