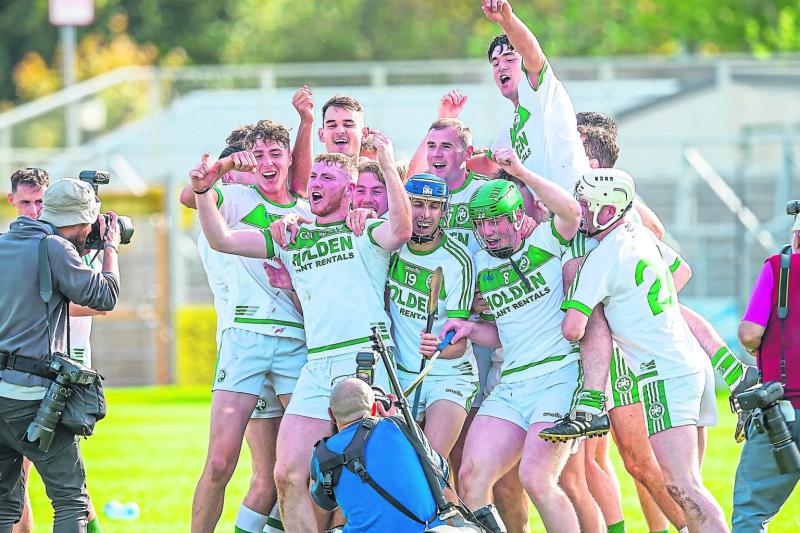 The Shamrocks (Ballyhale) will be out to retain their senior hurling county title this year. They used the league to give players game time, a plan which paid off handsomely in the championship

The start of September means that attention turns to the club scene and the beginning of the race for senior and intermediate honours.

While the competitions have seen a change in format in the last few years, one thing is a constant - everyone will be hungry for silverware.

With the opening round of games being held this Saturday and Sunday, the action will flow thick and fast this year, with three rounds of games to be played before the end of September - the senior games will be held on consecutive weekends, with the intermediate competition running on the month’s first two weekends, before taking a one-week break.

While the league may not have the same level of spice as the championship provides, it has given teams a solid base from which to build a championship charge.

Dicksboro did just that last year, stringing together an impressive run of results which saw them take the league spoils before going all the way to the county final. It was most unfortunate that they came across a juggernaut in the shape of the Shamrocks, who blasted their way to the spoils thanks to a series of high-scoring performances in the championship (in four games they rattled off 16 goals - four each against the Rower and Clara, three against James Stephens and five in the final against Dicksboro).

While it may not have been the trophy they had targeted at the start of the year, Dicksboro will be keen to keep the league title in the Palmerstown trophy cabinet - after all, it was a title they won in unusual fashion last year.

In a thrilling city derby with O’Loughlin Gaels, the sides ended the game locked on 1-21 apiece, before the ’Boro prevailed in a penalty shootout - the first used to decide a final in the county after a coronavirus-shortened season called for the scrapping of replays - with netminder Darragh Holohan making two great saves.

Penalties were also called for in the intermediate county final, when Lisdowney upset the odds and beat Thomastown in a shootout.

It was a wretched result for Thomastown, who had also been beaten in the 2019 county final. With Henry Shefflin now in charge, the Grennan men will be strongly tipped to return to UPMC Nowlan Park for a third year in a row - but go one step better this time.

However, they won’t have it all their own way. Danesfort, who were edged out of a fiercely-fought relegation battle with Graigue-Ballycallan, will be determined to retake their place in the senior flight.

Coupled with a young and impressive O’Loughlin Gaels second string, as well as challenges from the likes of Glenmore and Dunnamaggin and junior champions Conahy Shamrocks, the intermediate grade could be an entertaining affair which could possess plenty of twists and turns before anything is settled.