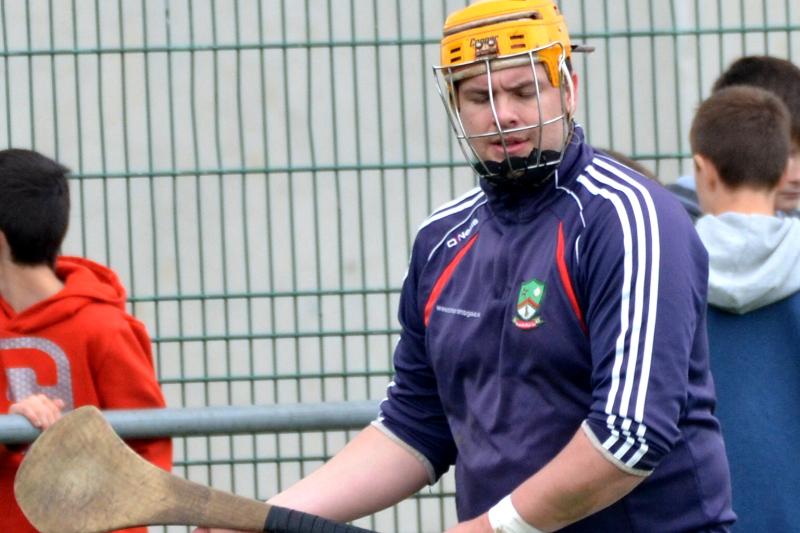 Goals on the call of half time and on the call of full-time earned St. Martin’s a merited win over Conahy Shamrocks in the Michael Lyng Motors Hyundai Intermediate Hurling League in Ballyragget on Saturday afternoon.

Both goals came from long distance; the first from a Justin Manning strike that may have been intended as a point, but the ball came off the hand of Conahy goalie Paraic Delaney and ended up in the back of the net.

The second St. Martin’s goal on the call of full-time proved to be the match-winning score.

The winner’s goalie Colin McGrath had already pointed three frees from distance during the game and his final late free deceived a number of Conahy defenders to end up in the back of the net to edge St. Martin’s two points ahead.

The exchanges between the neighbouring clubs was pretty even in the opening quarter with James Bergin (Conahy) and Shane Kinsella (St. Martin’s) landing early points.

James Bergin almost grabbed the first goal of the game for Conahy on six minutes, but his blistering shot went wide.

The sides were tied on four points each at the first water-break and the closeness of the exchanges continued in the second quarter.

Tom Phelan was impressing for Conahy, while James Bergin, bar one miss, was unerring from frees.

It did look as if the sides would head level at the interval until Justin Manning’s speculative delivery ended in the back of the Conahy net to leave the winners ahead 1-8 to 0-8 at half-time.

Shane Kinsella pushed the margin out to four points with a pointed ’65 on the resumption and immediately Colin McGrath made the first of a number of brilliant saves, this one from Thomas Rice when the ball appeared destined for the back of the net.

Conahy slowly edged their way back into the game in the third quarter with two points from James Bergin (one a free) and Bill Murphy levelling the tie on seven minutes.

Another brilliant save by Colin McGrath, this time from James Bergin on twenty-one minutes was a big boost to the winners.

That score saw Conahy lead by three points, but St. Martin’s responded with four unanswered points to regain the lead.

St. Martin’s introduced John Mulhall late in the game and he made a big impression with a brace of points.

That was until Colin McGrath popped up with that late goal from a 100 metre free to break Conahy’s hearts.

1-3 was an impressive return from the St. Martin’s goalie as he helped his side to a crucial victory.