Preview: ‘Camogie is the most important thing in my life’- Kilkenny's Danielle Quigley 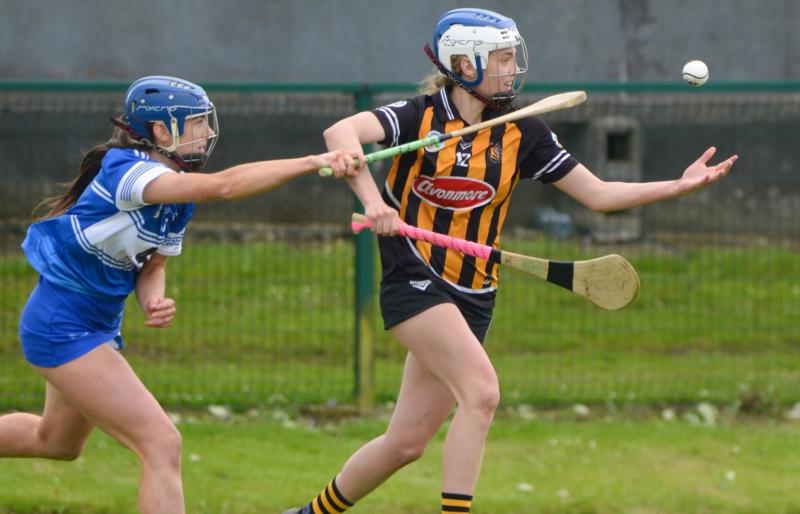 She may only be 19 years of age and a relative novice in intercounty camogie but Danielle Quigley has quickly established herself as a vital cog in the Kilkenny side.

The corner forward has scored freely throughout the league and championship and will go to Croke Park full of confidence this weekend.

The O'Loughlin Gaels star is only in her second year on the Kilkenny squad but like the majority of the side she has played with the county all through the ranks and is looking to make a name for herself in the All-Ireland final.

The softly spoken youngster is looking forward to the biggest day in her short camogie career thus far and admits it’s been a great experience as she eyes up the Antrim challenge.

“It’s the best feeling in the world reaching an All-Ireland final and for us even advancing from the group stages was a big thing and I’ve only been on the panel for two years but I know everyone else has been waiting on this for a long time so it’s good.

“It was hard coming in and being so young to try and break onto the team but the girls have really helped me along the way and I’m happy to play anywhere on the team really,” she said.

“There was five or six girls that came into the squad at the same time and we all came off the minor panel directly into the intermediate squad so we all had each other’s backs and the transition was made all the easier as a result.

“We are all great friends in this Kilkenny dressing room and you would be a bit terrified when you first joined the squad as it’s a big step up from minor but all the girls have been so nice and it was like we were in the squad all year so it was great.

“Winning as a team brings everyone closer together and it’s a great feeling going to training every night and we can’t wait for the final now.”

There is a lot to be said for the exuberance and enthusiasm of youth and the facial expression on Quigley’s face told you how excited she is to be playing in Croke Park for the first time.

While that is a big deal for any player, prior to the semi-final she had never played in UPMC Nowlan Park either so it’s all about steps on the ladder for the Kilkenny star.

“I played in Nowlan Park for the first time in the semi-final win over Meath and that’s despite it being a home venue and a lot of the girls hadn’t played there before either so going to Croke Park is a bigger step again and while it could be daunting we are treating it as a once in a lifetime opportunity as we may not get another chance like this again and it’s such a great achievement for us to even get this far so we will do whatever it takes to get the win,” Quigley added.

It will be the second time in a number of weeks that Kilkenny will meet Antrim and while it’s on a much bigger stage Quigley knows it’s a chance for them all to showcase their talent.

“After losing to Antrim a few weeks ago we feel like we have nothing to lose and we can just go for it and at least we know what to expect and our preparation has been good so it’s all about playing to the best of our abilities on the day.

“We want to prove that we are a better team and we need to get our performance right to do that so it’s up to us to step up to the mark.

“Playing in an All-Ireland final will be one of the biggest days of my life so far and some people might think that’s mad but camogie is the most important thing in my life and it’s all I do.

“Playing camogie at intercounty level is a huge commitment and you have to enjoy it and while there will be nerves hanging around, there will be excitement there as well and we can’t wait for it.

“Everybody on this team wants to play senior camogie with Kilkenny and that’s the ultimate aim for everyone so Sunday gives us the perfect opportunity to show what good players we are.”