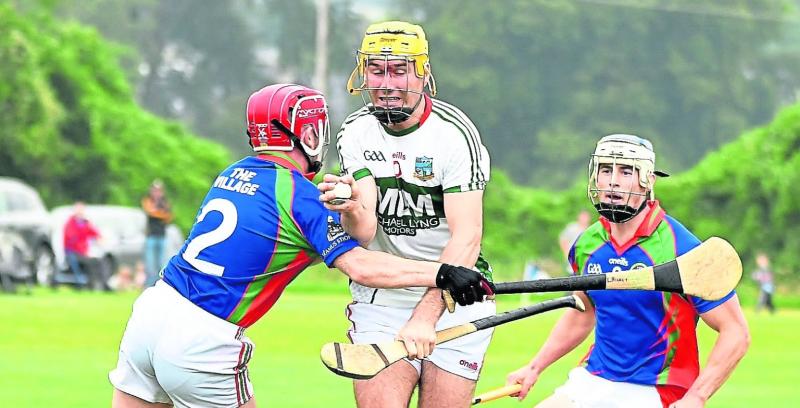 Making the most of their scoring chances helped James Stephens open their senior hurling league in a winning fashion.

The Village sprinkled over points with great regularity as they got the better of the Rower-Inistioge at well-appointed Thomastown.

The city side could look back on good spells either side of the first half water break as the platform for their victory. While the Rower struggled to replicate that form they posted a good second half rally but were undone by a piece of clever finishing from Tadgh O’Dwyer.

Having trailed by six points (0-14 to 0-8) at half-time, a factor not helped by a wides tally that rolled into double figures, a David Kelly-inspired Rower did well to halve the gap as the game ticked into the final 10 minutes.

The scene was set for an interesting finale, but Stephens struck what proved to be a decisive score. O’Dwyer did the damage, pouncing on a loose ball that broke his way from a cluster of players. A quick two-step dash saw him create the yard of shooting space he needed before slipping a low shot under the diving goalkeeper Patrick Lyng.

A simple finish, but oh so effective.

The winners showed the same ingenuity in the early stages, opting to drill short snappy puck-outs from the back rather than go into the teeth of a strong breeze blowing in their faces.

With half back line of the three Nialls - Delaney, Brassil and Mullins - proving most effective, they were able to pile early pressure on the Rower defence. A quick Cian Kenny point was followed by two Eoin Guilfoyle frees coughed up by an overloaded Inistioge.

The early salvo could have delivered a greater return. Guilfoyle did well to gather a fifth minute Mullins’ pass, round his man and head for goal, but he lost possession at the crucial time, allowing the Rower to clear their lines.

Helped by David Kelly (free) and Tom Doyle the Rower roused themselves to draw level by the eighth minute. They were ahead soon after, Joe Lyng grabbing a point, but it was a score which could have delivered more. Racing in to pressure Sean Manogue, it looked like Lyng’s efforts had paid off when the sliotar bounced from the netminder’s grasp and cannoned off the full-forward, but somehow the ball looped over the bar rather than under it.

The Village heaved a huge sigh of relief, and used the escape to edge in front again, but once more the Rower showed they had some danger about them. Lyng used his strength to pick off a high, dropping ball and offload it towards Doyle but he couldn’t control the delivery, giving Manogue time to race from his line and sweep the ball to safety.

While the early exchanges were even enough - the sides were all square on five points apiece by the 13th minute - a quick dash either side of the water break saw the Village fashion an advantage they wouldn’t lose. Matthew Ruth and Tadhg O’Dwyer landed good points before Guilfoyle added another, the score coming from a superb solo burst and crossfield pass from Brassil (0-8 to 0-5).

While Kelly pulled one score back via a free, the Village were determined to pull further away. With Guilfoyle (free), Matthew McWey and Luke Scanlon bagging the points (the last coming after some excellent play out of defence from Brassil and Mullins) the gap was five points by the 25th minute (0-11 to 0-6).

Stephens finished the half in a similar vein, Guilfoyle (2) and Kenny raising white flags. They went close to bagging a goal during that run, Mikey Drennan finding space to drill a sharp shot at the target from a narrow angle, but somehow Patrick Lyng managed to turn it to safety.

Kevin Murphy grabbed a point in the middle of that run for the Rower, but after enduring a half where they hit 11 wides and failed to use the full power of the wind, overhitting passes and shots at times, they were left staring at a six-point gap at the interval (0-14 to 0-8).

The third quarter saw the Rower hone their shooting and start to erase the deficit. David Kelly led the way with four points (two frees and two 65s), but they needed the alert Lyng to keep the Village at bay, the goalkeeper showing superb reactions to stop Eoin Guilfoyle’s stinging 38th minute shot before Matthew Ruth’s rebound was turned out for a 65.

Four points down (0-16 to 0-12) after the third quarter the Rower knew they needed a big final 15 minutes if they were to get back into the game. Another Kelly free shaved one more point off the deficit, but their comeback was stopped in its tracks when Tadhg O’Dwyer plundered his goal eight minutes from time.

The wind was gone from the Rower sails after that. Despite Kevin Murphy adding two late points it was the Village who finished with a flourish, Guilfoyle taking his tally into double figures before O’Dwyer added one more point for good measure.

Note: Before the game a minute’s silence was observed in memory of Liam ‘Chunky’ O’Brien. Hurler of the Year in 1975 he won two county titles with the Village and a club All-Ireland in 1976.