Preview- Phelan has eyes set on more success for the Cats 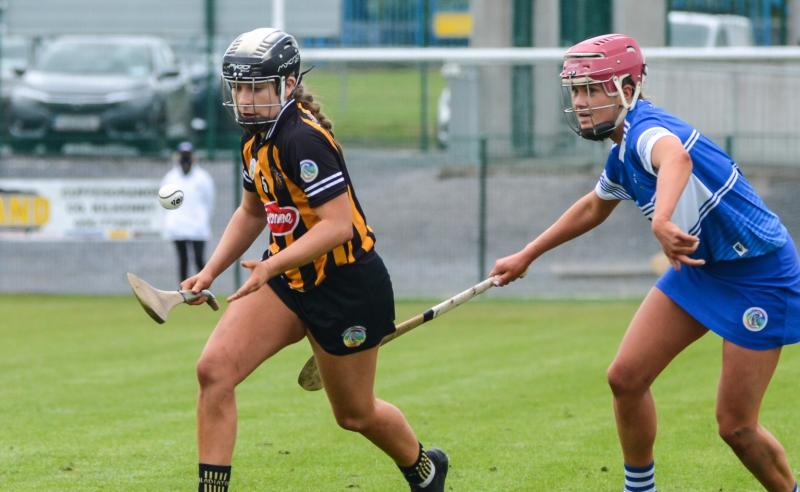 Even at only close to her mid-20s Dicksboro star Ciara Phelan would still be classed as one of the more experienced players on the Kilkenny intermediate side.

Phelan has tasted success with her club in the recent past while she was also part of the extended Kilkenny senior panel that claimed the O’Duffy Cup last December.

She was also in Croke Park two weeks ago when Kilkenny were defeated by Cork so she is well accustomed to the big occasion and in comparison to a lot of her teammates she has seen it all before and is taking the big occasion in her stride.

“The final has came up on us quite quickly after the victory over Meath in the semi-final and we are training hard at the moment.

“It’s very exciting for us all and we are really looking forward to it.”

Kilkenny have had an up and down 2021, with the good mixed in with the bad but the recent championship defeat to Antrim in Phelan’s mind at least has proven to be a real turning point for the side.

“It’s been a tough year for us and the league was a bit disappointing with the way it ended in losing to Meath in the quarter-final after conceding a last minute goal but we came out in the championship and performed well after the initial defeat to Antrim.

“A lot of factors contributed to that Antrim defeat and on the way back from that game we had a big chat between us and we knew there was a lot of stuff on and off the pitch that we needed to get sorted and resolved and the way things have developed it was a good time for us to lose really as we look back on that as the turning point for us in the championship,” she said.

“If we had beaten Antrim that day I’m not sure we’d have got this far as we have made a lot of changes since that defeat and we’ve developed more leaders on and off the pitch as a result and we knew ourselves we needed to be better than that.

“We followed it up by putting up a big score against Kildare and the wins over Cork and Meath have given us confidence as we look ahead to the All-Ireland final.”

Phelan has excelled in a roaming midfield role throughout the championship and while she is part of a very youthful squad, there is still plenty of experience overhanging from Kilkenny’s last success at the grade.

“We were in a final back in 2016 and Niamh Leahy and Sarah Walsh were starters for Kilkenny that day while myself and a few others were on the panel like Sophie O’Dwyer and a lot of the girls are only after coming from minor so there’s a few more experienced players that have played in Croke Park but everyone is a leader on the team.

“Tiffany Fitzgerald stood up when needed the last day and the likes of Ciara O’Keeffe and Danielle Quigley all have their moments so age doesn’t really matter to us, it’s about the ability in each of the players and there is plenty of that.”

It’s already being a hugely successful week in the Phelan household with Ciara’s younger sister Niamh one of the joint captains on the victorious Kilkenny minor team that beat Cork in the All-Ireland final at the LIT Gaelic Grounds in Limerick on Sunday night and in a bit of good symmetry, the win was the Cats first at that level since 2015 when Ciara and a number of her intermediate teammates tasted success against Tipperary.

The majority of those Kilkenny players have had a barren spell of success ever since that minor title but with the help of a number of the senior panel they are hoping that they will be celebrating on Sunday evening.

“It’s great to be in the final and a lot of the senior girls would have said to us that you don’t want to be in that situation in a Croke Park dressing room after a defeat as it’s very upsetting but they are all there and they are all supporting us so it’s going to be great to have them behind us when we go to Croke Park on Sunday and hopefully we can come away with the win.”

Here’s hoping for a double success for the Phelan sisters on Sunday.