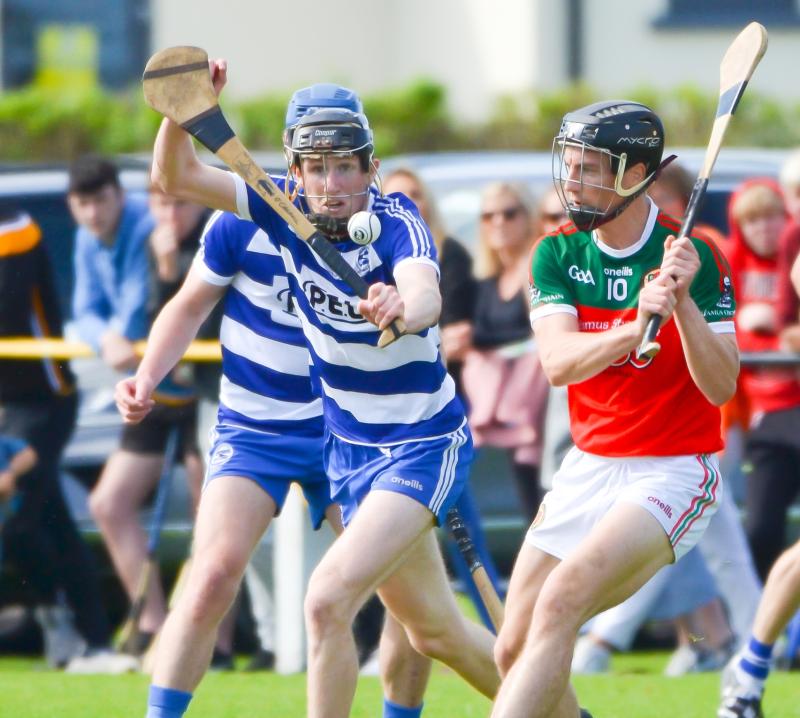 Both Lisdowney and James Stephens had ample chances to win this St Canice’s Credit Union senior hurling league tie, but lots of wayward shooting from both teams ensured that the points were shared.

A draw was probably the fairest outcome at the finish in Freshford on Sunday afternoon as neither side stamped a clear authority on the game at any stage.

A competitive first half gave way to a very disappointing second 30 minutes.

Lisdowney, favoured by the breeze in the opening half, played well during that period and deservedly led at the interval 0-11 to 0-7.

James Stephens were heavily dependent on Eoin Guilfoyle for their first half scores, with their corner forward hitting six of his side’s seven points during that period with the other coming from Cian Kenny.

Lisdowney, on the other hand, had a greater mix of scorers and hit some delightful points from distance through Brian Kavanagh and Michael Kenny in the opening five minutes of the game.

Although Eoin Guilfoyle was continuing to pop over the frees for James Stephens he missed a couple of placed balls which he would have converted on another day.

The sides were level at 0-7 each on 22 minutes when Vinny Fitzpatrick availed of loose play in the James Stephens half of the pitch to edge his side ahead once again.

Aided by the breeze James Village played their best hurling during the opening 10 minutes of the second half.

The city side went on the attack from the throw-in and two pointed frees from Eoin Guilfoyle narrowed the margin.

The game was all-square when Shane Donohoe (from distance), Tadgh O’Dwyer and Cian Kenny pointed for the city side.

The momentum was now with the Village men as the Lisdowney defence came under incessant pressure from their opponents.

James Stephens, though, were unable to continue that momentum and remarkably they failed to score from the 10th minute of the second half despite an abundance of possession.

A total of 17 wides from the city side over the hour tells its own story and James Stephens will be disappointed not to have added to their scoring in the closing 20 minutes of the game.

A pointed free from Aidan Tallis in the 17th minute of the second half tied the game.

That was Lisdowney’s only score of the second half and they too will be disappointed at missing some good match-winning opportunities in the second half.

With 13 wides over the 60 minutes, Lisdowney also have plenty to work ahead on the training pitch in advance of the first round of the championship.

While an abundance of wides was a major contributor to this low scoring game both defences can take a fair share of credit also.

Aside from the opening 10 minutes of the second half, Lisdowney competed impressively with the threat from their more experienced opponents.

Luke Hickey and Shane Donohoe were tenacious corner backs for James Stephens with Neil Delaney and Niall Mullins also impressing on the outer line of the defence.

Three games into their maiden year at senior level, Lisdowney have been very competitive throughout. In fact if it wasn’t for a last minute penalty miss against Bennettsbridge they may have left the league phase unbeaten, so they are sure to be fierce opposition to whoever they face in the opening round of the championship.

On the other hand James Stephens will have left Freshford a little disappointed as they know a league final spot is firmly out of their hands now and if Bennettsbridge continue to hit form it will be them who competes in the league decider over the next while.

The Village never really built on their victory over All-Ireland champions Shamrocks a week previous but they will still be content in the knowledge that they have least done enough to secure a place in the championship quarter-finals.