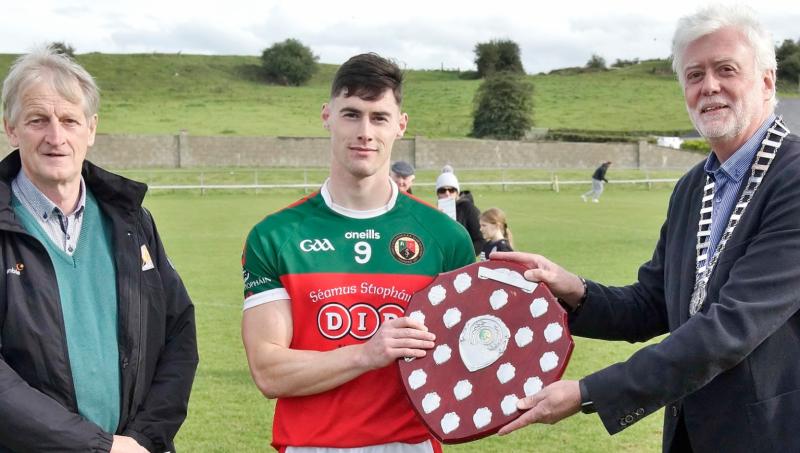 A dominant first half display laid the platform for James Stephens to see off the challenge of Mullinavat in the St Canices Credit Union Senior Hurling Shield Final in Bennettsbridge on Saturday afternoon.

The Village were always in control of proceedings and they were 0-5 to 0-0 up after only seven minutes of play and as a result it was an uphill challenge from that point on for Mullinavat.

An 11th minute John Walsh goal briefly got Mullinavat back into things but a free scoring James Stephens side soon regained control with goals from Andy Parsons and Cian Kenny while Eoin Guilfoyle continued his fine run of form in the full forward line.

Niall Brassil, Niall Mullins and Luke Scanlon were also to the fore as the Kells Road outfit led 2-14 to 1-8 at the break.

Mullinavat did hit five points in a row at one stage of the second half to get the deficit back to six but they couldn't get any closer as Guilfoyle knocked over a series of frees to give James Stephens a 2-21 to 1-15 victory.

Both teams will now quickly turn their attention to the championship quarter-finals next weekend.