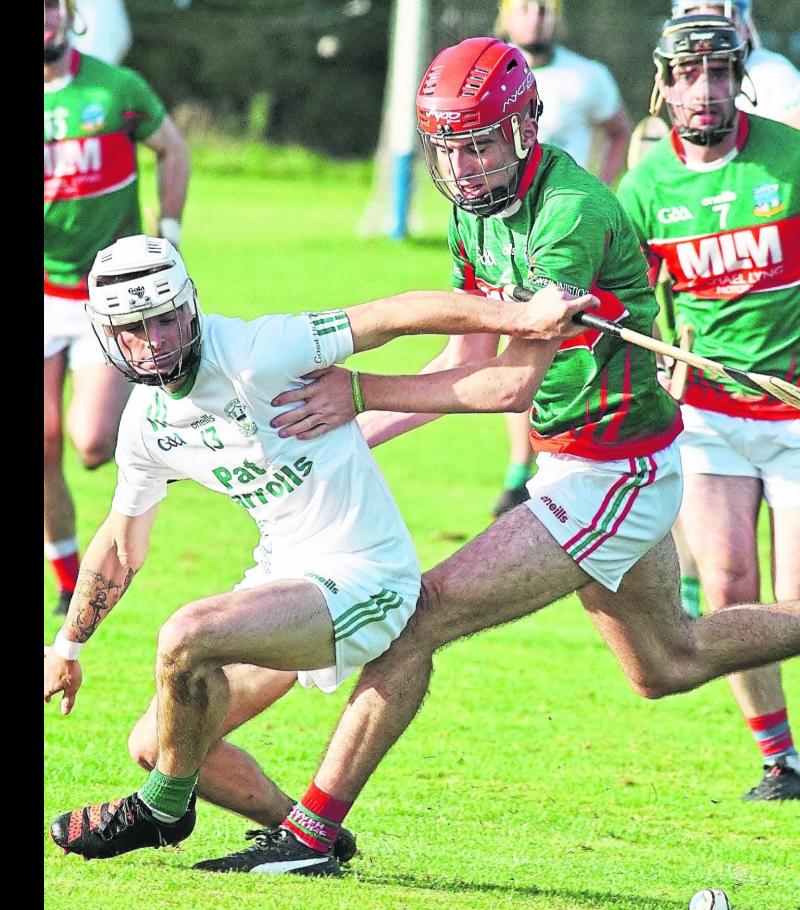 He may be renowned as an intercounty senior defender, but Paddy Deegan was the focal point of the O’Loughlin Gaels attack as the city side cruised past the Rower-Inistioge and made their way into the championship quarter-finals.

Deegan scored 0-5 from play in Thomastown and helped set up his side’s two second half goals. He was ably supported by the equally brilliant Eoin O’Shea and double goalscorer Owen Wall.

Played on a beautiful sunny autumnal afternoon O’Loughlin Gaels took control of the game from an early stage. They led 0-8 to 0-5 at the first water break with Deegan (3) and O’Shea (2), along with Paddy Butler, Conor Heary and Mark Bergin contributing to their scoring tally throughout that opening quarter.

They maintained that sizeable advantage to half-time (1-14 to 0-9) as further points were added from Mark Bergin, the impressive Conor Kelly, Owen Wall and Eoin O’Shea. The Rower response was led by Jack Walsh, who added three pointed frees to the 0-2 he got from play during the first quarter.

Victory was virtually assured five minutes into the second half as Owen Wall added his second goal.

Paddy Deegan started the move when he sent in a crossfield diagonal delivery that was missed by the Rower-Inistioge defender - that allowed Wall to get in and smash the sliotar to an empty net (2-16 to 0-10).

The Rower-Inistioge put a better reflection on the scoreboard afterwards, outsourcing their rivals by 0-8 to 0-5 in the final quarter.

Team captain Shane Ryan, playing at wing-back, scored 0-3 during that last quarter. Along with the highly impressive Jack Walsh, Kieran Joyce, Tom Doyle and Richie Leahy all played their hearts out till the bitter end, but the Rower know they have a lot of work to do if they are to arrest their losing slide and maintain their senior status.