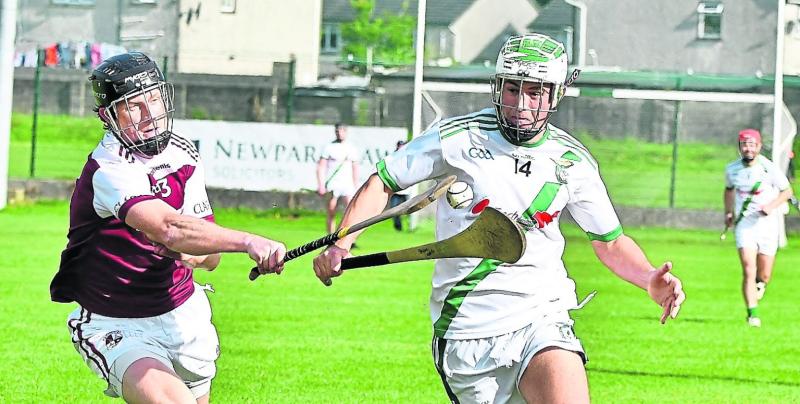 Led by the inspirational Padraig Walsh, Tullaroan showed all their ability as they claimed a thrilling extra-time victory over an out of sorts Clara on Sunday afternoon.

Padraig had one of those days where everything he touched turned to gold as he notched seven points from play and like in previous games it was when he moved further out the field that he provided most of the damage.

His brothers Shane, Tommy and Martin were also hugely influential with free taker Shane finishing with 12 points, Tommy getting a valuable extra-time goal while Martin provided great leadership in his role as captain from wing back.

Tullaroan were excellent throughout and if it weren’t for some careless shooting and some wayward passing into the full forward line, the tie wouldn’t have needed the extra period.

Clara lined up without the experienced Lester Ryan after he suffered a hamstring injury in the league final defeat to Bennettsbridge and his loss was keenly felt.

There was nothing to seperate the sides after the opening quarter with the teams level at 0-4 apiece by the first water break and that type of flow continued throughout the half as the teams remained deadlocked at the half-time break (0-8 to 0-8).

Clara took control on the scoreboard within seconds of the start of the second half when a free from distance by Matthew Kenny dropped in the square with half-time sub Peter Nolan there to force it into the net.

With Padraig and Shane Walsh starring as well as Bill Gaffney, Dylan Simpson and Mossy Keoghan, Tullaroan got the deficit back to level terms by the second water break (0-15 to 1-12).

With nothing seperating the sides, another goal would likely settle the result and with Tullaroan leading by a point entering stoppage time Clara struck for gold with Chris Bolger pouncing on a loose ball before using his pace to get away from a couple of defenders and scoring in the process.

Tullaroan still refused to quit though and the character was there to see with Shane Walsh nailing a pair of frees that sent the game to extra-time.

Tommy Walsh was excellent throughout for Tuallroan and refusing to be outdone by his younger siblings he netted Tullaroan’s goal at the start of the extra period that really set them into full flow.

In fact the Walsh brothers in Tommy, Padraig and Shane got all of Tullaroan scores in the final 20 minutes with Padraig landing three brilliant late efforts that sealed the win.