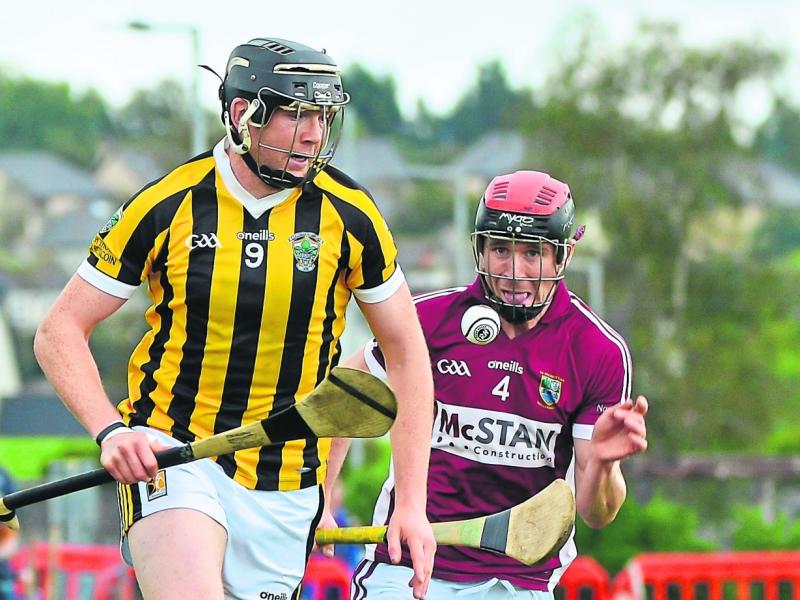 Inspired by the brilliance of their intercounty star Walter Walsh, Tullogher-Rosbercon strolled into the junior championship quarter-finals after they brushed aside the challenge posed by St Patrick’s (Ballyragget).

Walsh was truly exceptional as he gave a top class individual performance for the winners. He scored 0-5 from play, including a sublime individual effort in the 18th minute after he made a 60 yard solo run, while also setting up numerous other scores.

He also swept up a lot of possession between midfield and his own half-back line, playing the role of quarter-back to perfection.

It wasn’t a one-man show - Walsh had a terrific supporting cast with the exceptional Cian O’Donoghue starring in attack. He scored 0-11 (0-5 from play), his haul including some wonder points from impossible angles.

Pat Hartley was totally dominant at centre-back from start to finish, while the probing Conor Hennessy and the hard working Richie Dollard also stood out.

A pairing that would have been seen as a possibly county final pairing at the start of the year saw the South Kilkenny men take control from an early stage and they built up a commanding 0-10 to 0-2 after 22 minutes.

Having led 0-6 to 0-1 at the first water break, Cian O’Donoghue was to the fore with half a dozen points (0-4 frees, 0-1 65) in that spell, before the Ballyragget men played their best hurling either side of half-time.

Midfielder Jason Phelan pointed twice in quick succession in the 26th and 27th minutes, before Kevin Kelly added a brace of points from frees to conclude the first-half scoring as they trailed 0-12 to 0-6 at the interval.

That momentum continued into the start of the second half when points from play by Jack Morrissey (2) and Kevin Kelly narrowed the deficit to just three points (0-12 to 0-9) but the Tullogher men began to reassert themselves.

A Conor Hennessy goal in the 35th minute, engineered by Walter Walsh, doubled their lead (1-12 to 0-9). Further points from Cian O’Donoghue (0-3, 0-2 from play), substitute Simon Kennedy, Walter Walsh and Richie Dollard helped stretch the advantage as they led 1-18 to 0-13 entering the final quarter.

Both sides added four further points each during the following period as Tullogher-Rosbercon maintained control to qualify for a quarter-final.

The South Kilkenny men had been struggling for form prior to last weekend, but they are timing their run to perfection. They are now firmly among the contenders to win the junior championship.

For St Patrick’s, their decline has been sudden since winning the intermediate championship in 2017.

Having suffered relegation the past two years from both the senior and intermediate grades, making an early exit from the Championship was hugely disappointing.

Stephen Staunton, Robbie Healy and the lively Jack Morrissey during the first half fared best on a disappointing afternoon, where they only performed well collectively for a brief period either side of half-time.