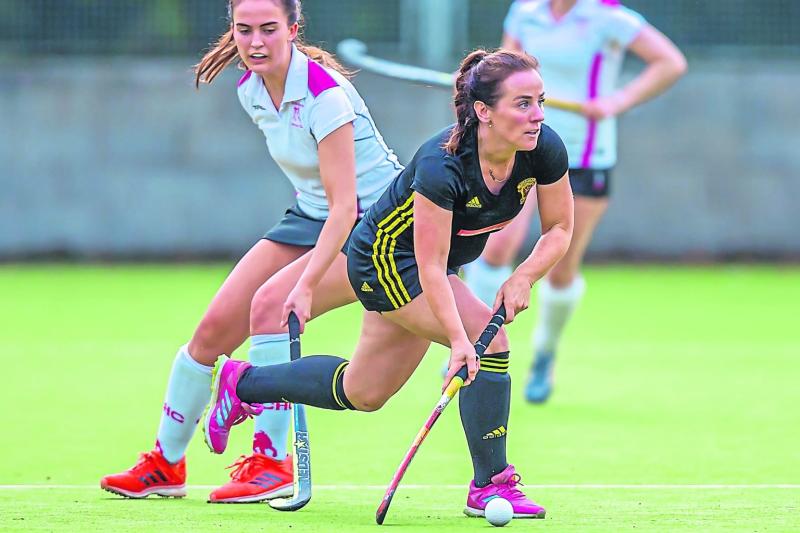 Kilkenny Ladies firsts lined out against Suttonians firsts in their second league game of the season on Saturday last.

Kilkenny started strong with Ally Carter making her first of several forays into the Suttonians’s defence, where she linked up superbly with Sara Browne .

The Dubliners’ keeper did well to keep them out of trouble for the majority of the first quarter but Sara Browne proved too strong and nabbed Kilkenny’s first goal of the day.

Suttonians reacted quickly and put the pressure on Kilkenny’s defence.

They earned themselves a short corner and converted it with aplomb.

Kilkenny responded by winning more corners in the first half.

Sue Shirley gave us a timely reminder of her short corner prowess and scored a marvellous drag flick from the top of the circle.

Sara Browne got her name on the scoresheet for a second time before the half time whistle.

Paula Farrell and Lily Grace commanded the left side of the pitch which provided a beautiful ball for returning club member Charlotte Huston who showed wonderful skill in the circle.

Kilkenny emerged after half time a different team and controlled the game until the end.

Gemma O’Dwyer also scored after earnest work from Emily Brain in the circle.

The midfield quartet of Megan Sherwood, Clair Phelan, Sinéad Connery and Linda Caulfield worked hard throughout with both Linda and Sinéad’s efforts being recognised in the final minutes with a goal each.

Kilkenny’s preparation and attention to detail from Coach Gavin Bourke was clear on the day and the squad can look forward to hosting Armagh in the Irish Hockey Trophy on Saturday at 2pm in Kilkenny College.