Danesfort make their mark as experience tells in Conahy victory 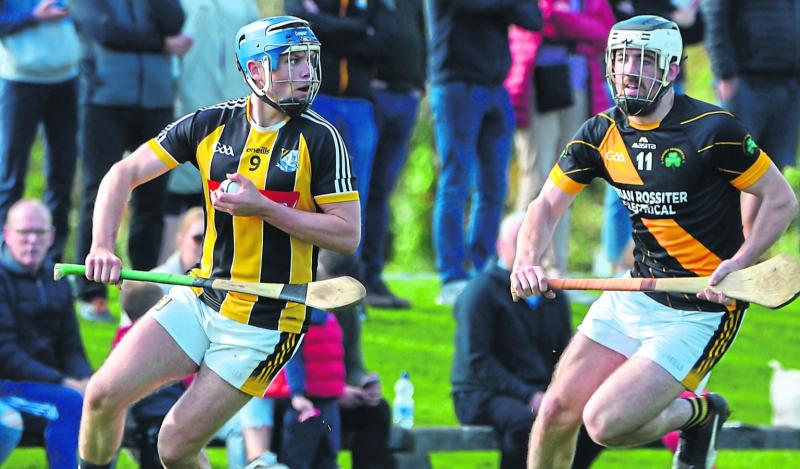 Experience was key as Danesfort used their know-how from years at the senior grade to beat Conahy Shamrocks in their intermediate championship quarter-final.

The exchanges were close in the first quarter at Thoamstown on Sunday, despite the winners opening an early 0-3 to 0-1 lead through Gary Tynan (2) and James Mullally with James Bergin pointing for Conahy.

Kieran Mooney scored a well worked goal for Conahy Shamrocks during that period to give them the lead.

It did not take Danesfort long to grab a goal of their own when Jack Bruton, who started instead of the injured Richie Hogan, hit a rasping shot to the net which Padraic Delaney in the Conahy goal had no chance of stopping.

Conor Hackett in the Danesfort goal brought off a great save in the opening half which might have yielded a second Conahy goal.

A brace of points from Paddy Hogan in the second quarter gave the winners a lead they would hold for the remainder of the game. Robbie Walsh and Paul Murphy continued to push Danesfort forward at every opportunity with both scoring points to extend their side’s lead.

James Bergin, showing great accuracy from frees, was doing his bit to keep Conahy in touch. Further points from Edmond Delaney and Tom Phelan left them trailing Danesfort 1-11 to 1-8 at the interval.

Danesfort continued their dominance in the second half with early points from Paul Murphy and James Mullally.

Murphy was becoming more influential moving between defence and midfield, while James Mullally was a constant threat to the Conahy defence scoring some good points.

Conahy lost influential forward Tom Phelan to a leg injury midway through the second half and his departure was a huge loss to his team.

James Bergin’s free taking was continuing to keep Conahy in touch and for much of the game he was double-marked lessening his side’s scoring threat.

An Edmond Delaney point in the fourth quarter brought the margin back to three points, but a strong finish from Danesfort saw them add four unanswered points through James Mullally (2), Jack Bruton and Paddy Hickey.

Close to full time Danesfort goalie Conor Hackett came to his side’s rescue with another great save, this time from Kieran Mooney.

The experience of playing at senior level for a number of years was clear in the Danesfort performance where the side’s mobility and physicality was that bit superior to their opponents.

That was best epitomised in the performances from Paul Murphy, James Mullally, Robbie Walsh, Gary Tynan and Paddy Hogan.
They will, though, hope to welcome back Richie Hogan for their championship quarter-final against Glenmore next weekend.

Conahy battled bravely all through the game with the loss of Tom Phelan a big blow in the second half.

The side now has two weeks to regroup with a big relegation semi-final to play against John Lockes.