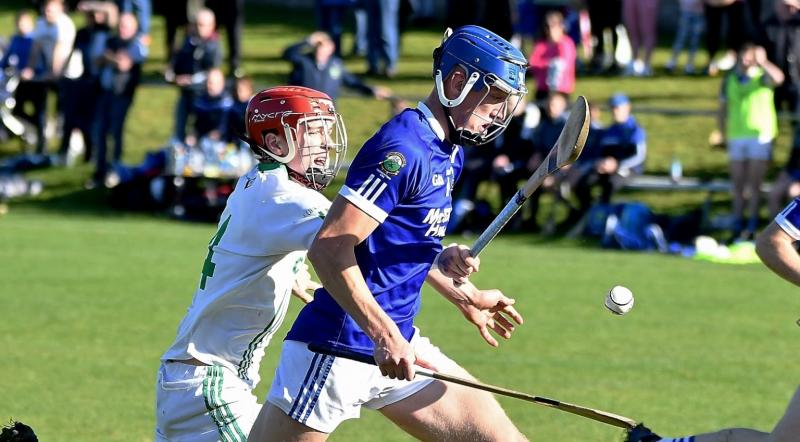 Stephen Donnelly on the charge for Thomastown against O'Loughlin Gaels on Sunday. Pic: Willie Dempsey

As expected Thomastown proved to have too much for the second string O'Loughlin Gaels side in the Quarter-Final of the Intermediate Championship on Sunday afternoon.

After losing the last two county finals at this grade, Thomastown are exactly where they want to be as they hope to make it third time lucky and with John Donnelly, Robbie Donnelly and Thomas O'Hanrahan in fine scoring form they had too much for their opponents.

Goals in each half from John Donnelly and Daithi Barron set the platform for victory in a game, Henry Shefflin's oufit were rarely threatened in.

John Donnelly in particular caused O'Loughlins many issues with the Kilkenny star lining up at full forward and in the opening quarter he was involved in anything good provided by Thomastown.

Donnelly netted Thomastown's opening goal in the 15th minute and by that stage the victors led 1-6 to 0-3 after Dylan Waugh, Stephen Donnelly, Robbie Donnelly and the roving Jonjo Farrell had earlier knocked over points.

The free taking exploits of Billy Leydon was keeping O'Loughlins in touch but Thomastown's accuracy from play set them apart when ahead 1-11 to 0-6 at the break.

Sammy Johnston registered the first point of the second half for the Kilkenny city side but once first half sub Daith Barron got Thomastown's second goal, the game was all but over as a contest with the league champions taking control.

O'Loughlins were second best throughout but to their credit they kept going till the end and they scored a brace of goals in the final quarter to put a bit of respectability on the scoreboard.

Thomastown were in ruthless form though as they knocked over seven of the last eight points to run out comprehensive winners.