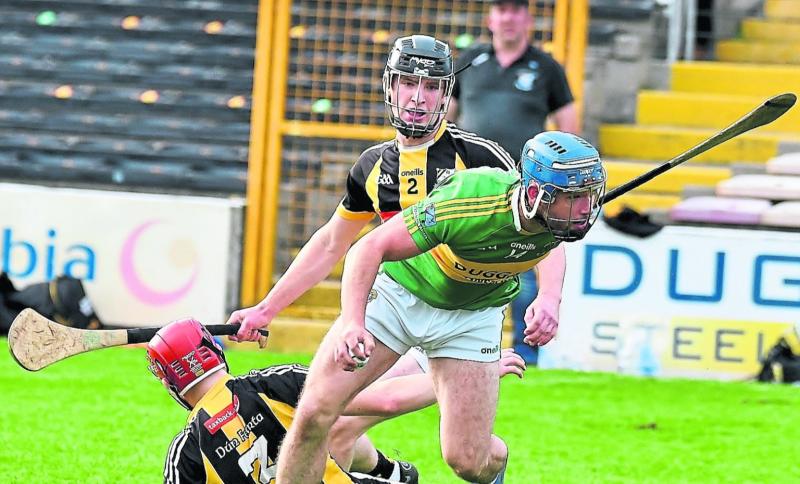 Two first half goals helped Glenmore to a rather convincing victory over Danesfort in the final Michael Lyng Motors Hyundai IHC quarter-final on Sunday afternoon.

Ian Byrne and Mark Aylward both netted goals for Glenmore within the first 15 minutes and from that point on the league finalists were in control of a clash that turned out to be a rather disappointing affair.

Danesfort’s hand was severely weakened when Richie Hogan wasn’t deemed fit enough to start and while he was on the field after the first water break, the mountain at that stage proved too high to scale.

Glenmore had big performances all over the field and while the likes of the Aylwards and Ian Byrne took some of the headlines for their scoring, the impact of Eoin Murphy at centre back proved telling and the Kilkenny stopper was dominant throughout the 60 minutes.

Glenmore opened the scoring after mere seconds when Alan Murphy knocked over a long distance free but when Paul Murphy, Paddy Hogan and James Mullally all hit back with points for Danesfort, the scene looked set for a thrilling clash.

A couple of minutes later and that thought disappeared drastically when Glenmore scored 2-3 without reply.
Points from Mark Aylward and Ian Byrne arrived before the same two players found the net as Declan Wall’s side took complete control.

Danesfort were forced into two early changes which included the introduction of Richie Hogan for his injured brother Paddy and things did improve initially as they got four of the next five points with Murphy, Robbie Walsh, Colm Phelan and Gary Tynan finding the target.

Glenmore’s only point during that second quarter came courtesy of a Byrne free but they still led 2-5 to 0-7 at the break.

Danesfort also had a number of first half wides and that extended into double figures for the second period but even still Glenmore looked a level above.

Ian Byrne dominated the opening ten minutes of the second half with four converted frees and while Hogan did his utmost to keep Danesfort in the tie, the reality is they were chasing shadows for the majority of the contest.

Glenmore were ahead 2-12 to 0-10 at the second water break and they maintained that eight point margin to the end.

Danesfort had a brilliant chance for goal in the 56th minute to make a game of it late on when the right man in Hogan won a ball inside but his driven shot was expertly saved by Tomas Dunne and with that miss went any chance of a comeback as Glenmore cruised to victory on a 2-15 to 0-13 scoreline.