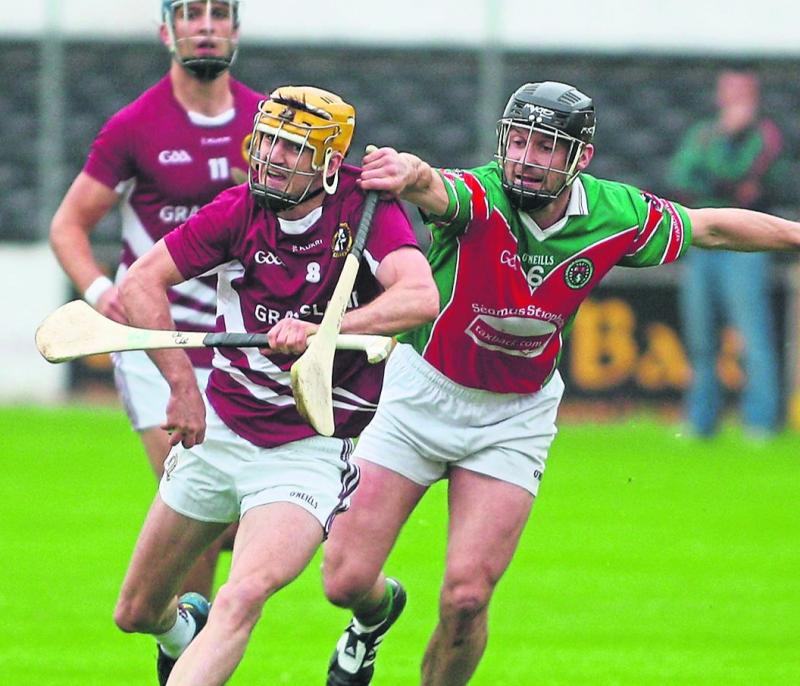 A strong opening quarter laid the foundation for a deserved win for James Stephens over Lisdowney in the JJ Kavanagh Junior Hurling Championship Section B Semi-Final in Jenkinstown on Sunday morning.

The winners raced into an early 1-3 to no score lead with their goal coming from the impressive Ethan Butler who rounded his marker to score on six minutes.

Lisdowney got their first score from an Aaron Fogarty free but they were chasing the game from midway through the opening quarter with David Walton’s accuracy from frees adding to the Village men’s tally.

Eoin Delaney scored Lisdowney’s first point from play on 14 minutes, but the winners finished the quarter well with points from Jack McGrath and David Walton.

Key to the James Stephens win was a superb defence well marshalled by the evergreen Jackie Tyrell and he got good support from his two half-back colleagues Ben Lawlor and Jack McGrath.

Whenever the ball got in behind that defensive trio the winners full-back line stood strong with Shane Murphy outstanding.

Lisdowney made better progress in the second quarter, starting well with a brace of pointed frees from Aaron Fogarty and another from Charlie Brennan to bring the margin back to four points.

But James Stephens were always pressing forward and got further points from David Walton (free) and Jack McGrath with Stephen Delaney responding for Lisdowney.

Those scores saw James Stephens lead 1-10 to 0-8 at the interval.

Substitute Ciaran Mackey made a telling impact when introduced in the second half scoring three points for Lisdowney.

The Northerners worked hard to engineer scores and were rewarded just before the second water-break when a long-distance free from goalie Richard McEvoy was touched to the James Stephens net by Eddie Hickey.

Ciaran Mackey scored his third point deep into injury time, but James Stephens had victory secured by that stage.

The winners defence played a key role in this victory and dominated for most of the game.

They had other strong performers in Geoff Coyne, David Walton and Ethan Butler, while Gavin Costigan always looked assured in goal.

Lisdowney had some good patches of play, but struggled for scores at key stages of the game against a dominant James Stephens defence.