Robert Cribbin assesses the chances of Shamrocks, James Stephens, O’Loughlin Gaels and Tullaroan ahead of this weekend’s senior semi-finals at UPMC Nowlan Park 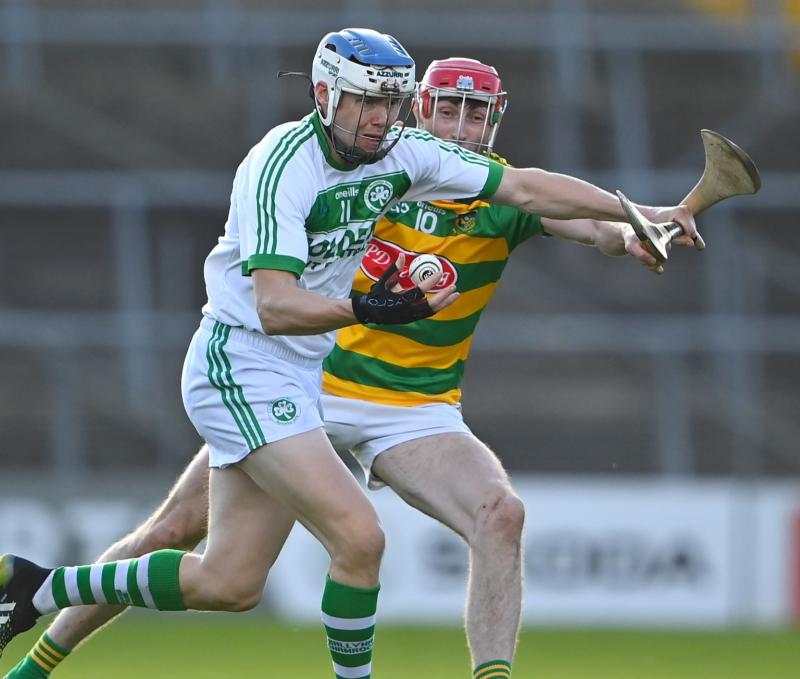 The Kilkenny senior hurling championship is down to the final four as the quartet of James Stephens, Tullaroan, O’Loughlin Gaels and defending champions Shamrocks battle it out in the hope of landing ultimate honours in the next few weeks.

It’s been a hugely competitive campaign thus far and we expect nothing different when the named sides take to Kilkenny HQ on Sunday afternoon.

The clash of Shamrocks and James Stephens will take all the headlines as the teams meet in the championship for the third successive year but the pairings also offer a huge opportunity for Tullaroan and O’Loughlin Gaels as both sides aim to reach an overdue decider.

Of the semi-finalists, three of them may have been widely expected to be there or thereabouts but the inclusion of Tullaroan at this stage is something of a surprise.

After losing to Shamrocks by a grand total of 18 points in the final round of the St Canice’s Credit Union senior hurling league, the likelihood of Tullaroan getting within 60 minutes of a county final may have seen fanciful but after two hugely impressive performances it’s exactly where the club currently stands.

The thing about Tullaroan is the fact that they have a huge winning tradition and while it took them a little longer than they would have planned to get out of the Intermediate championship when they eventually claimed the title in 2019, they have huge talent in their ranks and they will be going to Nowlan Park on Sunday fully expecting to win.

While history and tradition is a great thing to fall back on, it can’t be understated what a talented team Tullaroan have at the moment.

They have arguably the most impressive player in this year’s senior championship in Padraig Walsh who has put in a number of noteworthy displays for the Sash.

He’s scored heavily from centre forward but he’s just as effective around midfield and at his normal position of centre back.

With brothers Tommy, Shane and Martin also firing on all cylinders alongside Dylan Simpson and Mossy Keoghan amongst others optimism is building among the oldest GAA club in Kilkenny, that they may just have the tools to reach the showpiece decider.

Standing in the way of a first county final appearance in 27 years is the might of O’Loughlin Gaels and the city side are coming into this weekend nicely under the radar.

All the talk is about Tullaroan’s revival and how neighbours James Stephens can test Shamrocks but all the while Andy Comerford’s troops have been quietly going about their business.

An early league defeat to Mullinavat certainly rocked the Johns Park outfit but ever since that day they have been a changed team and Paddy Deegan has been key to it all.

In a major positional switch Deegan has moved from defence to full forward and he has done a sterling job in the games to date but his ultimate test will come against Tommy Walsh this weekend.

Any good play this term had generally gone through Deegan and with the possible absence of a marquee forward, it does at least give O’Loughlin’s a bit of a focal point in attack.

He will be key to his side’s chances of reaching a final and like the other city side’s O’Loughlin’s will feel they are well overdue big success at this stage.

Deegan will be ably assisted by Mark Bergin and Eoin O’Shea while Huw Lawlor will have a major part to play in the centre of defence as he aims to curtail Shane and Padraig Walsh.

Both teams will see this as a huge opportunity and one they cannot afford to let slip by and in a game with such close margins it comes down to inches and the momentum they have built up over the last few weeks allayed to their big attacking threat means Tullaroan get the narrowest of votes to come through.

While appetising in itself, the opener in UPMC Nowlan Park on Sunday is only really the warm up act as Shamrocks and James Stephens resume their recent rivalry at 3.30pm.

It will be the third successive year that the sides meet in the championship and a rematch of their pulsating semi-final in 2020.
While James Stephens overcame the county champions earlier in the league meeting, Shamrocks have still been tops in all the worthwhile meetings over the last few seasons.

Last year’s semi-final defeat to Shamrocks is one that still very much stings the boys on the Kells Road as they looked to have the All-Ireland champions in severe trouble until TJ Reid and Colin Fennelly produced a bit of magic to hunt them down the home straight.

Being so close will only serve to motivate James Stephens even more in the lead up to Sunday’s game as they hope to take down the county champions.

The Village led for long periods of that last four clash but Shamrocks eventually showed their class in digging out a four point victory before they eventually sealed the three in a row when disposing of Dicksboro in the final.

The topic of revenge will firmly be on James Stephens mind on Sunday afternoon and what team they select will be very interesting.

To beat Shamrocks in their current guise it will need a top class 65 or 70 minute display to knock them off their perch so what Seamus Dwyer does with team captain Conor Browne will be telling.

Browne has been a mainstay in the James Stephens team over recent seasons but he only returned to competitive action when emerging as a late sub in the recent victory over Dicksboro.

Browne’s last appearance prior to that was when he limped off in Kilkenny’s Leinster final victory over Dublin back in July so it would be regarded as a big risk to play him from the start on Sunday but it may be a case of needs must on the day.

The James Stephens skipper plays in the forwards for his club and his influence at centre forward is usually critical to his team’s performance so just having him back involved is undoubtedly a huge boost to the Village and with the experienced Eoin Larkin also playing a part in the quarter-final victory, the Kilkenny side now have huge options to add to the already sizeable threat up front from the likes of Cian Kenny, Eoin Guilfoyle and Matthew Ruth.

It’s further back that will likely decide this game though as a star studded Shamrocks attack await the challengers defence.
Despite stuttering throughout the recent league campaign, Shamrocks looked back to their very best in the quarter-final victory over league champions Bennettsbridge.

The quality in the Shamrocks side is there for all to see with a forward line consisting of TJ Reid, Colin Fennelly, Eoin Cody and Joe Cuddihy arguably the best in the country so the question for James Stephens will be if they change their game to try and counteract the county champions.

This is not something that just occupies James Stephens mind though as it was clear to see that Bennettsbridge changed tack the last day out and went away from what contributed to them going through the league unbeaten and Shamrocks took full advantage of that perceived uncertainty.

This is just one of the many intriguing aspects emanating from the last four clash but what is clear is that James Stephens will need to tighten up at the back if they harbour any hope of qualifying for the county final as Dicksboro opened them up on a number of occasions so Niall Brassil and Diarmuid Cody have a big role to play but stopping Reid, Fennelly, Cody and Co is much more easier said than done.

That fearsome attack is what gives Shamrocks the edge as they know they have huge artillery to cause damage and while Adrian Mullen is still sidelined with a wrist injury, there is still plenty of class in that forward line to put up a big score.

They are also very solid at the back with Joey Holden, Darragh Corcoran and Richie Reid giving them good stability and it’s that reliability that gives them the edge.

A huge performance is expected from James Stephens but with everything considered it’s hard not to see Shamrocks advancing to another County final but expect this one to go to the wire just like the Tullaroan and O’Loughlin Gaels clash.

A big day’s hurling lies in store with four good teams looking to make it a step closer to lifting the Walsh Cup on Sunday the 7th of November.