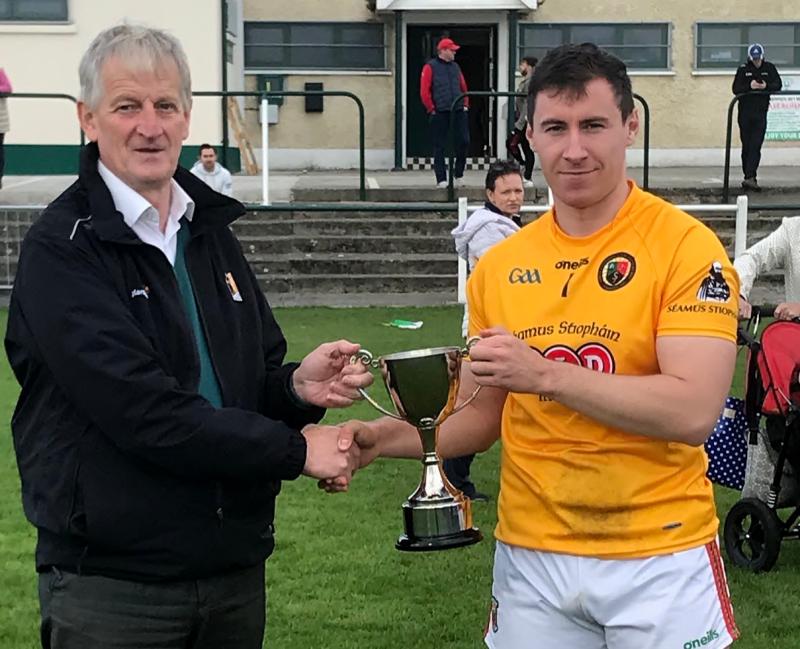 David Walton led the scoring for the Village with 11 points in total and with the likes of Tomas Keogh chipping in from play they maintained their lead till the end.

James Stephens had a stiff breeze at their backs during the opening period and they made full use of that advantage as they raced clear on the scoreboard to lead 0-14 to 1-3 by the half-time whistle.

A Liam Brennan-Smyth goal kept Dicksboro in touch at that stage but they still had a mountain to climb in the second period.

The ’Boro won the Section B crown in 2020 before reaching the county final and they were always likely to battle back.

At the second half water break they still trailed by five points and although they rallied bravely late on, they left themselves too much to do as a jubilant James Stephens took the victory.

David Walton got the scoring underway with an opening minute free and although the ’Boro replied with efforts from Eoin Fennelly and Liam Brennan-Smyth, they were soon chasing shadows when the Village hit seven points on the bounce.
flying start

Walton, Tomas Keogh, Geoff Coyne and Adam O’Connor were all on the scoresheet during that spell as the Village led 0-8 to 0-2.

Dicksboro then struck for a much needed goal in the 15th minute when Liam Brennan-Smyth found the net.

Edward O’Donoghue followed up with a free to leave just two between the sides at the water break.

Dicksboro failed to score in the following second quarter though as the Village took command with six points in a row ensuring Peter Barry’s men led 0-14 to 1-3 at the break.

Walton scored seven opening half points for the Village and added four more after the break but he was the only player to score for James Stephens as Dicksboro battled back.

Trailing by five at the second water break, the game looked done for the 2020 winners but they kept plugging away and after a series of scores from Edward O’Donoghue, the ’Boro were back within a puck of the ball.