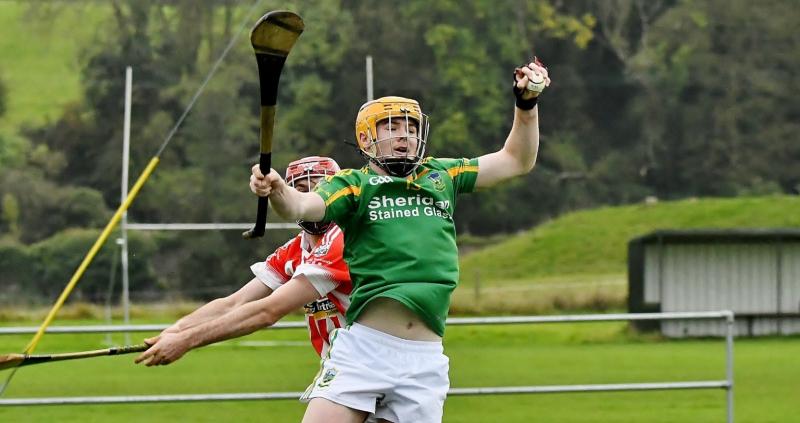 Dunnamaggin’s greater appetite for hard work, along with the accuracy of Denis Walsh (he scored 0-10, with 0-7 from frees and 0-1 65) - proved hugely instrumental as they cemented their intermediate status for 2022, following a two-point victory over Young Irelands (Gowran) who grabbed a late last gasp goal deep into stoppage time.

On a wet miserable afternoon in Thomastown, with the strong howling wind more than playing a spoilsport, Young Irelands had the elements in their favour as they held a narrow advantage (1-6 to 0-7) at half-time.

Dylan Carey made a flying start as he scored a point and set-up one for Paul Holden to lead 0-2 to 0-0 inside two minutes, before Dunnamaggin settled. Points from Eddie Dunne and two from Denis Walsh (one free) gave them a 0-3 to 0-2 lead by the ninth minute.

The excellent Sean Carey with a superb point from play from an acute angle in the 10th minute restored parity (0-3 each), before further points from Denis Walsh - one a free - in the 13th and 17th minutes respectively gave them a 0-5 to 0-3 lead before the first water break.

Paul Holden with points from a free in the 19th minute and from play in the 21st minute brought the Gowran men level (0-5 each) before they enjoyed a large slice of good fortune in the 23rd minute.

Geoff Brennan won possession about 90 yards from goal and fired a long range delivery towards the posts. The power and momentum of his long range effort flew all the way towards the opposition goalmouth and beyond Bill McCormack (1-5 to 0-5).

Points late in the first-half from Eddie Dunne and a Denis Walsh free narrowed the deficit, before Sean Carey concluded the first-half scoring (1-6 to 0-7).

Dunnamaggin turned the screw during the third quarter, they added six unanswered points to establish control (0-13 to 1-6).

Denis Walsh who was flawless from placed balls, added three further points from frees, while Darragh O’Keeffe fired over a superb long range effort from play near the sideline in the 36th minute.

Centre forward Rory Lodge pointed twice from play in quick succession in the 36th and 38th minute, while in between points, he blazed a goal chance wide of goal which amazingly was their first wide of the game in a match of very few wides - Dunnamaggin (4), Young Irelands(2).

A Paul Holden point from play finally broke Young Irelands scoring duck in the 45th minute, before Denis Walsh replied with another pointed free in the 49th minute to restore their four point lead heading into the water break (0-14 to 1-7).

Sean Carey added his third point from play in the 53rd minute, but Dunnamaggin remained in control and further points from a Denis Walsh 65, Ray Cody and Darren Fitzpatrick ensured victory.

Paul Holden grabbed a last gasp goal in injury-time that truthfully provided a greater reflection on the scoreboard, and they now have a lot of work to do ahead of their relegation showdown against John Lockes of Callan on Saturday week in Ballyhale.