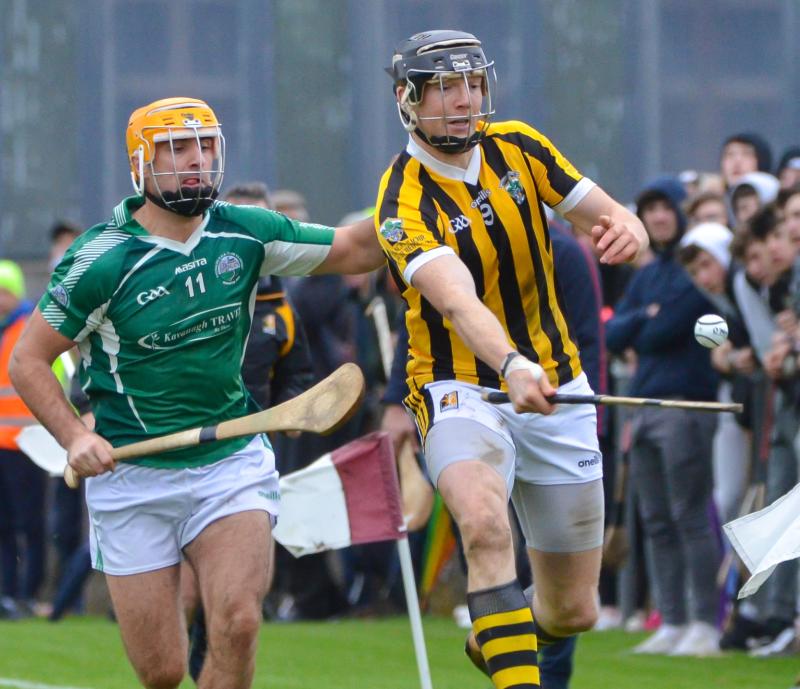 On a windy afternoon in Clara, Saturday 23rd October last, Tullogher Rosbercon took on Emeralds in the quarterfinal of the JJ Kavanagh & Sons Junior Hurling Championship.

Seven minutes into the game, Cian O’Donoghue landed Tullogher their first score from a free.

Moments later, Conor Martin put Emeralds on the score board which was following in quick succession by a great point from Tullogher’s captain, Conor Hennessy.

Conor Martin was a constant danger in the Emeralds forward line and scored seven points from frees.

Conor had great support throughout from Eoin Moriarty.

Minutes into the second half, Emeralds Eoin Moriarty scored a great goal and Conor Martin kept the scoreboard ticking over with yet another point to his name.

Emeralds were very much in control of the game with an eight point lead over Tullogher.

With that, midfielder Walter Walsh charged through the Emeralds defence and gave Tullogher their first goal of the afternoon.
Just like that, the deficit had been reduced to five points.

With the second water break fast approaching, the score was Emeralds 1-11, Tullogher 1-6.

With time running out, Tullogher upped the ante and Walter Walsh took possession of the first ball after the water break and drove it home, giving Tullogher their second goal.

With only about two minutes remaining, Cian O’Donoghue and Conor Hennessy landed three more points for the Tullogher side.

The Tullogher backs were very strong with a man of the match performance from centre back Pat Hartley while Walter Walsh and Cian O’Donoghue dominated up front.

While on the Emeralds front, Conor Martin was excellent on frees, Eoin Moriarty was superb scoring 1-1 from play and Patrick Doheny held up the backline.