Tough test, but Kilkenny show their mettle to bag win on their travels 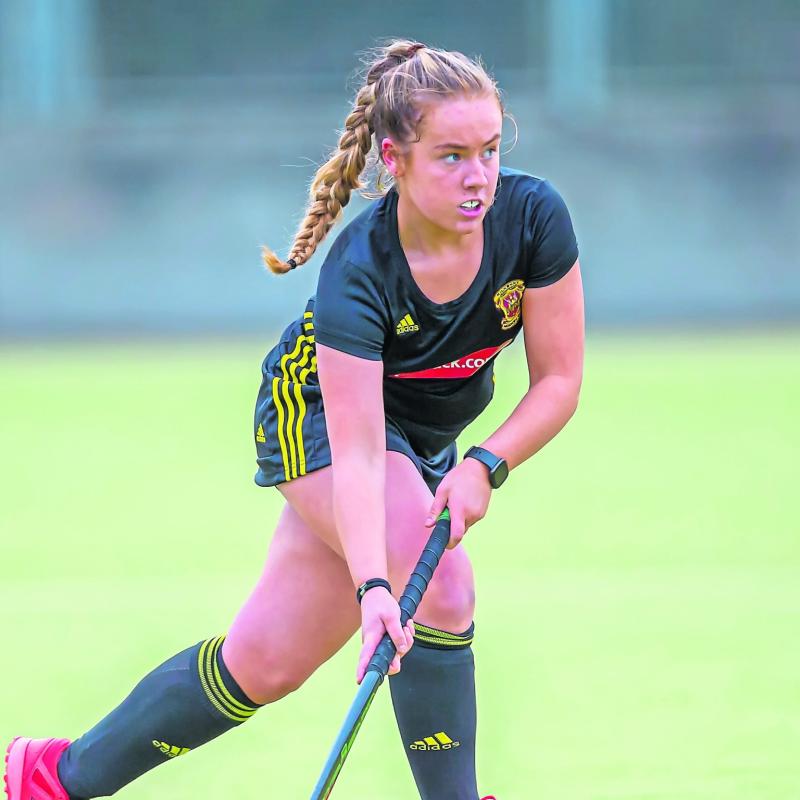 Megan Sherwood was part of the Kilkenny team who continued their good start to the season with a win over Our Lady’s Terenure in Dublin. Picture: Mark Desmond

Kilkenny Ladies Firsts squad were looking to continue their impressive start to the season when they travelled to play against Our Lady’s Hockey Club in Terenure last Saturday.

Our Lady’s undoubtedly got off to the better start as they caught the visitors on the hop by scoring a goal within the opening minutes of the game. With the majority of the game still to play, Kilkenny kept their composure and began to make progress up the pitch with some threatening runs from Ally Carter and Laura Walshe down the wings.

Despite this spell of Kilkenny pressure, Our Lady’s broke down the pitch for a second time and bagged themselves a second goal.

Kilkenny knew they had a game on their hands as they found themselves 2-0 down.

Minutes into the second quarter, Kilkenny managed to pull a goal back after a clever ball was crossed in from the right hand side by club stalwart Sinead Connery. Sharp-shooting winger Laura Walshe made no mistake with the finish at the back post and Kilkenny were back in the game.

Kilkenny continued to pressure the Our Lady’s defence, with some super work from speedy forwards Charlotte Heuston and Emily Brain.

With the visitors continuing to ramp up the pressure, Gemma O’Dwyer and Ciara Clarke combined well to win turnovers on the right hand side of the pitch. They worked hard, constantly looking to set up quick counter attacks for the travelling team.

Kilkenny began the second half as they finished the first, maintaining possession and switching the ball around the back between Niamh Spratt O’Shea and Ava Murphy. This created space for Paula Farrell and Sara Browne to combine down the left wing, winning a number of vital frees for their side

The Kilkenny team continued to pile on the pressure as they went in search of a winning goal. Team captain Clair Phelan spurred her team on from the middle of the pitch and the Cats were rewarded for their efforts as they won themselves a crucial short corner in the dying minutes.

Sue Shirley again stepped up, getting a powerful drag flick away which was initially saved and then rebounded to Paula Farrell who finished it to the back of the Our Lady’s net.

As the minutes ticked by, Kilkenny maintained possession of the ball and continued to attack through Lily Grace and Megan Sherwood in the midfield.

When the final whistle was blown it was met with a great sigh of relief from Kilkenny, who really battled it out against a strong Our Lady’s defensive unit.