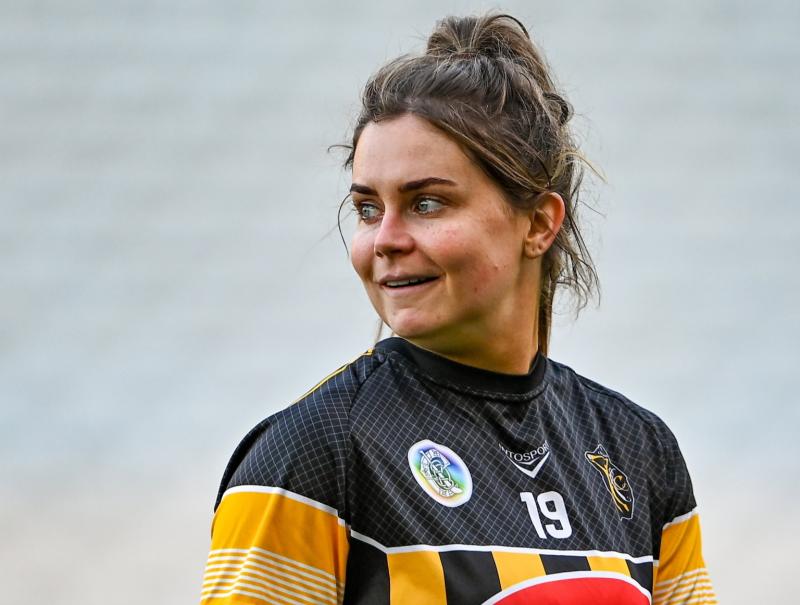 When these two sides met in last year’s quarter final in Piltown, it took extra time to separate them.
Clara prevailed on that occasion by the bare minimum.

This time it was Piltown’s turn to scrape home by a point, the memory of last year’s defeat providing them with that extra motivation to pull through here.

On a day that was not conducive to good camogie, these two teams served up a brilliant spectacle of sporting and committed hurling, despite the driving wind and rain.

Emma Shortall and Katie Power scored two points each to open the game.

These two girls were to go on to have a major influence on the game.

Midway through the first quarter a shot from Alanna Gallagher from distance went all the way to the Clara net.

It was one of those shots that looked like a point all the way until it dipped just under the crossbar at the last second past a helpless Lucy Cody.

This gave a wind-assisted Piltown the impetus they needed to drive on and lead by 1-5 to 0-2 at the first water break.

They continued to attack hard in the second quarter and, helped by two further Katie Power points from play, they held a 1-8 to 0-3 interval lead.

Clara’s sole second quarter score had come from the stick of Emma Shortall, who was her side’s only scorer by half-time.

Katie Power had already scored six points at this stage, four of them from play, and was proving a real handful for the Clara defence.

The breeze was very strong and an eight point lead did not look at all insurmountable.

After Siobhán Curtis for Clara and Sophie Holden had exchanged scores early in the second half Clara scored an unanswered goal and a point to reduce the deficit to a manageable four points.

The goal was scored by Emma Shortall after a brilliant run and cross by the wholehearted Aisling Nolan.

Again it was Katie Power who stopped the rot for Piltown with a brilliant point from play, and a pointed 45 by team captain Kelly Ann Doyle had the gap back to five (1-11 to 1-6) with a quarter to go.

Piltown didn’t score for that final quarter and had to work hard as Clara threw the kitchen sink at them.

However county goalie Aoife Norris was very assured at this stage and Lorraine Long, who did a fine containment job on Mary O’Connell all day, although with the aid of a sweeper in front of Mary also, was also prominent along with Kelly Ann Doyle.

Emma Shortall broke through for her second goal with five minutes left but a Mary O’Connell 45 was the only other score that Clara could manage before the end.

O’Connell had a late late chance from a very acute angle near the sideline but it drifted right and wide.

At the other end of the field Tamsin English did a fine man marking job on Aoife Doyle, again with the aid of a sweeper.

Lucy Cody never put a foot wrong outside of the goal which beat her.

The winners, once they got their noses in front with that goal, made better use of the elements.

They had star performers all over the field, most notably Aoife Norris, Kelly Ann Doyle, Lorraine Long, Laura Norris.

And in Katie Power they had the best player on view who came up with most of the important scores for a team that wanted it that little bit more in a cracking game.

Huge credit is due to both teams for that.

Piltown will now go forward to the senior final next Sunday where they will face a Dicksboro side that overcame defending champions Thomastown.