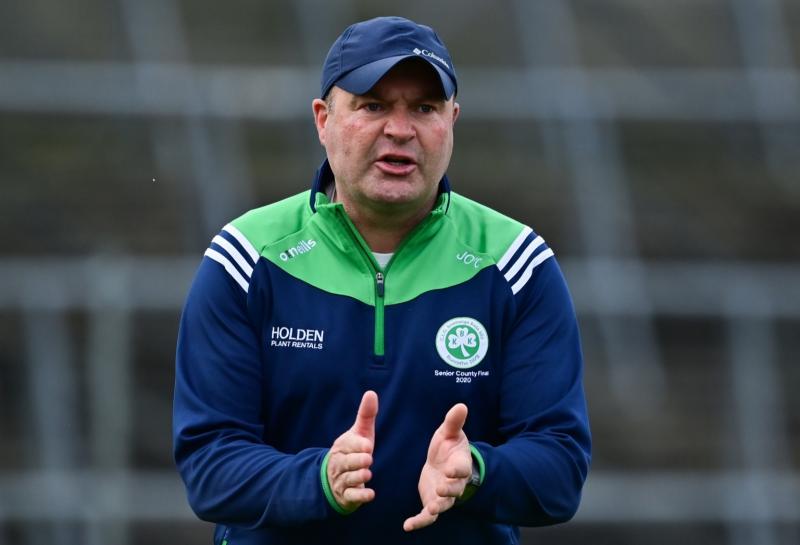 The Shamrocks of Ballyhale are kings of Kilkenny hurling once again.

James O’Connor led the club to a fourth title on the trot for the second time in their history and he paid tribute to the players.

“ It’s a great privilege for myself to be a part of this club,” he said after his second year in charge. “Being honest I nearly feel like I’m a Shamrocks man at this stage!

“Anything I’ve asked of them they have done it. From the first day when I came in two years ago, I didn’t really know what to expect even if I knew their reputation and what they had achieved in the past.

“Sometimes you can come into the team and they can be stuck in their ways, but there was none of that here and they believe in myself and the rest of the management team.

“They are just a brilliant bunch of players to work with and it’s just a privilege to be here with them.”

Shamrocks looked in trouble for large periods of Sunday’s final against O’Loughlin Gaels but, true to form, the defending All-Ireland champions still found a way to come out on top as they ran out four point winners.

“There was a lot at stake there today and there were times when we were three or four points down and a lot of teams could lose their way in that scenario but not the Shamrocks, they will just hold on there,” said O’Connor.

“They will always feel like an opportunity will come and it happened with Eoin Reid inside the square, nothing was dropping his way and then all of a sudden he catches a ball that sets up Joe Cuddihy for the first goal. Good teams just find a way to win and that’s what those lads did there.”

O’Connor pinpointed Brian Butler’s goal as the moment that settled the game, but he admitted that it even caught him by surprise.

“When Brian Butler went forward we were all thinking to ourselves pass it but, in fairness, he kept on going and it opened up for him to head towards goal,” the manager said. “I couldn’t believe it.

“He started his run out at midfield and then ended up at the small square before finding the net so it was brilliant to watch and the whole crowd got behind him and it gave a huge lift to the team.”