Reid cites hunger as a big factor in county win 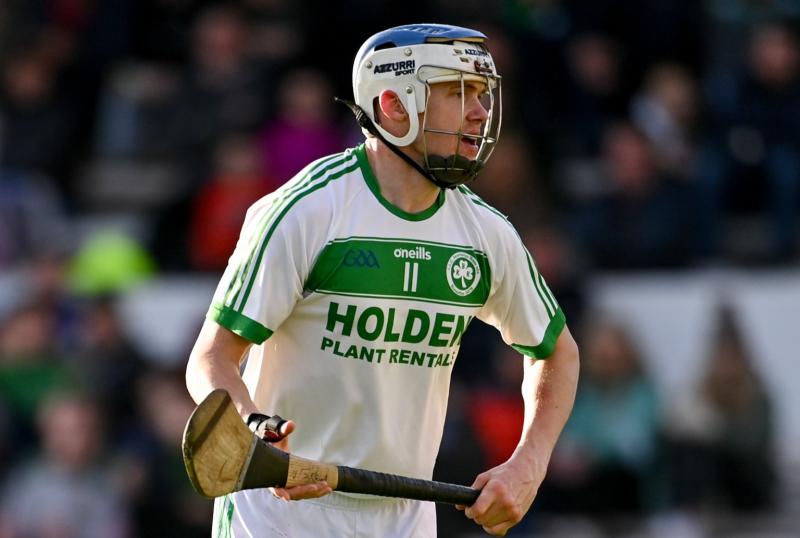 Whether it’s at club or county level, winning is nothing new to TJ Reid.

After Shamrocks defeated O’Loughlin Gaels on Sunday afternoon, the 33-year-old picked up his 10th county medal with the club.

Despite going off injured in stoppage time, Reid still played a key role in helping side make it four championship titles on the spin and he earmarked the hunger in the squad to keep winning as the key ingredient.

“Every county final win is special and you can see that the hunger is still there and I suppose that was the question mark with us all year and we really showed it today and I think we showed it all year really.

“James Stephens came at us in the semi-finals and the hunger was there and there was further questions asked of us going into the final and we showed we had plenty of hunger,” he said

“O’Loughlin Gaels came at us from start to finish with relentless pressure but we kept going and the lads fought really hard and as a result we are celebrating today.”

Reid was kept relatively quiet in the opening half as O’Loughlin’s led by three points at the break with county teammate Huw Lawlor doing a sterling job on curbing his influence.

Such is Reid’s quality, he wasn’t out of the game for long and as he tends to do he started roaming out the field to gain some possession and he immediately grew himself into the game as he set up the first two Shamrocks goals for Joe Cuddihy and Adrian Mullen.

He added: “In the first half I wasn’t getting any pop passes as O’Loughlin’s played very deep and it was only in the second half when we had the breeze that we got on top.

“We had a good chat at the half-time break and we spoke about how the half forwards weren’t getting on enough ball as they should have been in that opening period but it’s a team effort.

“The backs and forwards were both great in the second half and overall we are very happy.”

Reid identified Brian Butler’s goal as being a key moment in the victory and heaped praise on the marauding defender for scoring a goal that will be remembered for some time.

“Things really opened up for Brian Butler’s goal and we knew that would happen as O’Loughlin’s were going man on man so there was always going to be gaps opening and that’s what happened for the goal.

“As soon as he got the ball, the space soon opened. He did something similar in a Leinster final in Carlow four years ago so he’s definitely been waiting a while for another goal - I’d say his hamstrings are fairly sore after that one!”

The victory came in direct comparison to the one in 2020 where there was a limited crowd present so Reid was delighted to see people back.

“It’s great to have everyone back, you can see the emotion there and while last year was great in the fact that we won the county final, the neighbours and volunteers of the club weren’t present,” he said.

“The past players weren’t there either so when you look around and see all of them here today and the joy in their faces it makes it all worth it.

“That’s what sport is all about and unfortunately O’Loughlin’s are going to be very disappointed for the next few days and weeks but today we are celebrating and we are happy and that’s just sport.

“Sport is great as for that 60 minutes it’s just a matter of going out there and forgetting about what is going on with your life and the message today was to go out and enjoy ourselves and we certainly did that.”