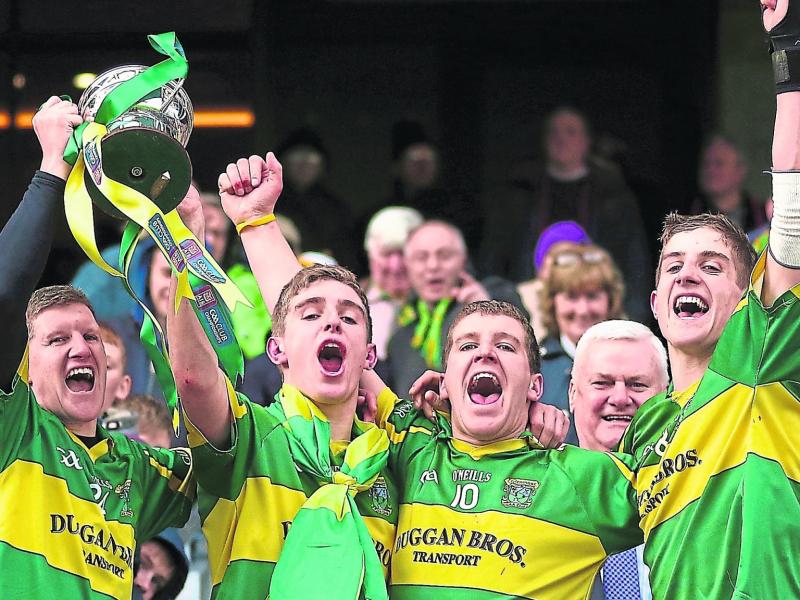 It may not be the pairing that was expected at the start of the year for the final of the Michael Lyng Motors Hyundai Intermediate hurling championship but it’s no less fascinating as Glenmore and St Lachtain’s aim to return to the senior ranks.

After beating Henry Shefflin’s Thomastown in the semi-final a fortnight ago, Glenmore will go into the decider as favourites but they will need to be on their guard against an ever improving Freshford team.

Despite holding five senior titles to their name, Glenmore have been away from the top tier of hurling in Kilkenny for over a decade and they will feel as if their return will be most overdue.

It’s now five years since they won an All-Ireland junior title and they have been knocking on the door of the intermediate ranks ever since although it is a first final appearance in that intervening period.

For Lachtain’s you have to go back to the 2009 final for their last win when they beat Dicksboro by two points and like Glenmore it’s their first return to a decider in a number of years so both will be desperate for success this weekend.

Glenmore’s form is well and truly in the book with victories over the likes of Thomastown and Danesfort as well as making the league final.

Kilkenny goalkeeper Eoin Murphy is their rock at the heart of the defence and he has been a huge influence in getting his side to the final from centre back.

Whether it’s getting forward for inspirational points like he did in the semi-final or his defensive and reading of the game, he’s a player Lachtain’s will need to keep a close eye on.

Eoin is also ably assisted by brother Shane alongside him in the half back line as well as Kilkenny star Alan in attack so it’s a real family affair for the Murphy’s.

As well as Alan Murphy, Ger Aylward and Ian Byrne are two forwards that possess a huge threat in attack and the scoring spread they enjoy means they are a formidable outfit.

Lachtain’s will know all about that Glenmore threat but they themselves have enjoyed a hugely productive campaign.

The league was of a mixed variety after they defeated Fenians, drew with Young Irelands and lost to Conahy Shamrocks.

Things became more consistent throughout the championship for the Freshford side when garnering wins over John Lockes, Carrickshock and Fenians which have helped them qualify for the intermediate decider against Glenmore.

That Carrickshock win in the quarter-finals was probably the moment Lachtain’s stood out to the Kilkenny hurling public as a Shane Donnelly goal helped them to a 1-17 to 1-14 victory.

The win over Johnstown was largely dictated by an early red card to a Fenians player with James Hickey grabbing a brace of goals so the ultimate test for Steven Farrell’s side will arrive this weekend.

St Lachtain’s will go into the game with no fear and no more so than Eoin Murphy leading the way for Glenmore, Kilkenny star James Maher has been the leading light for Freshford.

Maher has been situated all the way from centre back to midfield and around the half forward line and his presence and overall impact will be crucial to Lachtain’s chances of causing an upset.

As well as Maher, the other main threat’s arrive in Liam Hickey and Shane Donnelly in attack.

Hickey in particular has been a standout throughout the league and championship campaign but he did go off with an injury in the semi-finals so Freshford will be hoping that he is passed fit for Sunday’s decider.

If Hickey does make it and the likelihood is that he will, you can be sure Eoin Murphy will be keeping a close eye on the Freshford star in a duel that will go a long way to deciding which team replaces Rower-Inistioge in the senior championship in 2022.

Throw-in from UPMC Nowlan Park is at 2pm