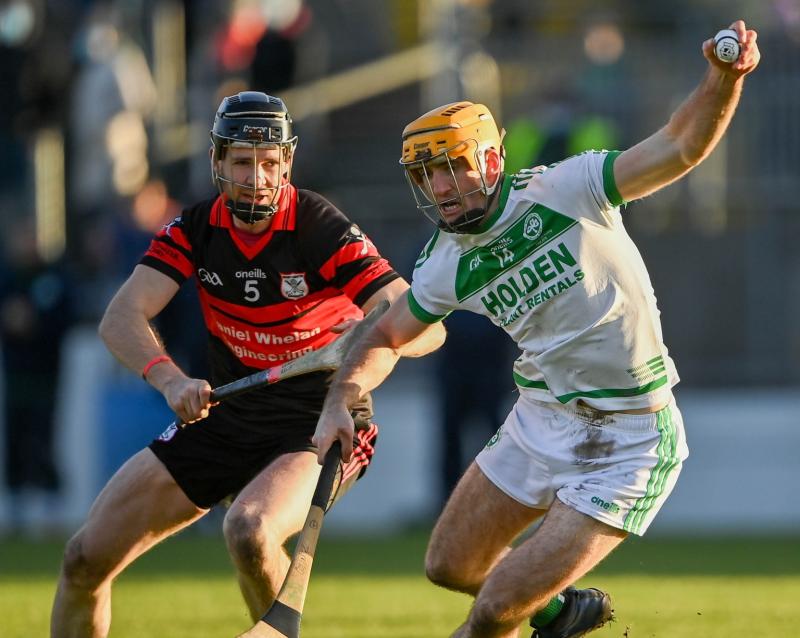 Despite leading by nine points at the end of the opening half, Shamrocks needed a strong final quarter to fend off a resurgent Mount Leinster Rangers side who are managed by Kilkenny selector Conor Phelan.

Mount Leinster Rangers were having their first competitive game in almost three months after defeating St Mullins in the Carlow final back in September but despite that lack of activity they still gave Shamrocks a bit of a scare and if it weren't for Dean Mason making a crucial save in the 52nd minute, the result may have been different.

The Kilkenny champions made all the early running in a contest that turned into a real game of two halves with a strong wind blowing down the pitch throughout.

With Adrian Mullen, Joe Cuddihy and Brian Cody all in fine form the Kilkenny champions led 0-14 to 0-5 at the half-time break.

Mount Leinster Rangers were much improved in the second period with the free taking exploits of Denis Murphy getting them back into contention and they reduced the deficit to three points at one stage.

Mason's late save proved crucial for Shamrocks though and they took control in the final quarter with TJ Reid, Joe Cuddihy and Eoin Cody all knocking over late points as James O'Connor's men sealed a place in the semi-final against St Rynaghs of Offaly next Sunday.