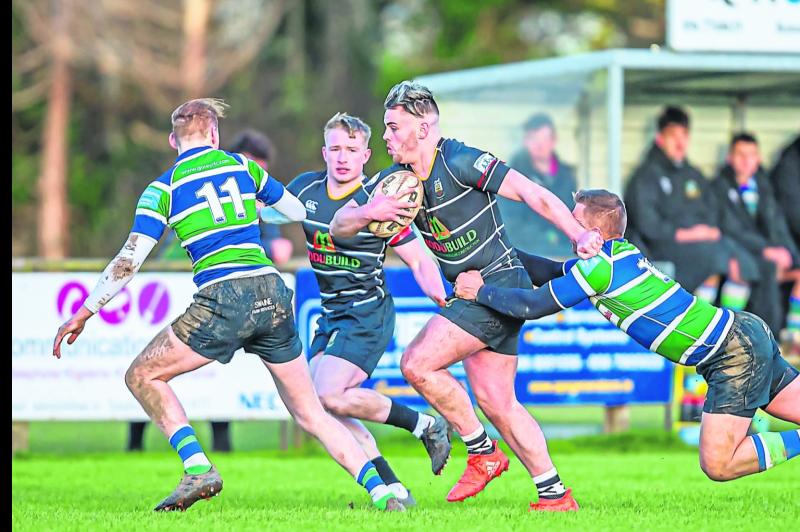 Kilkenny welcomed South East rivals Gorey to Foulkstown for the beginning of the second phase of matches in the Leinster League.

Gorey came on the back of a pretty bad loss the previous week to Suttonians, and looking to restore some pride.

For Kilkenny is was five weeks without a game, down to Covid related postponements. Both have been refixed for early in the new year.

In bitter cold conditions it was Gorey who started the better.

An early penalty from 30m, after a needless infringement enabled them to take a 3-0 lead.

Kilkenny then responded through captain Jake McDonald, a skilful player he got onto the end of a Liam Caddy pass to cross the whitewash.

Hugh Corkery duly added the conversation to give Kilkenny a somewhat underserving lead.

Gorey then breached a gap in the Kilkenny line just before half-time, getting in under the posts, following some good play on the left hand touchline.

Taking a converted try, Gorey took a 10-7 lead into the break.

Gorey were the first ones on the scoresheet in the second period when a converted penalty pushed them six points clear.

From here Kilkenny produced their best passage of play as they kicked a penalty deep into the corner.

On this occasion the hosts opted to go off the top, and not mauling as they did on many previous occasions in the tie.

This appeared to catch Gorey off guard as Hugh Corkery whizzed a crisp pass out to Liam Caddy who ran a deep under line and found Joe Manuel who crossed the line.

Corkery added the conversion, giving Kilkenny a hard won but in many ways an undeserving 14-13 lead.

Instead of Kilkenny kicking on though, Gorey hit back as they went through the phases before going over the line in the corner for a pushover try.

Crucially the conversion was missed as Gorey led 18-14 heading into the final five minutes of the game.

Kilkenny knew they still had a chance and they made it count when they mauled over for a try with Conor Dempsey the man to dot the ball down.

Caddy landed the conversion and the referee brought the game to a close as the ball whistled over the bar.

The win now eases some of the pressure on Kilkenny and sees them sitting in fourth place in the league, but with little separating them from second bottom, wins in the next three games are a must to secure Div 1A status for next season.

Next up for Kilkenny is an away tie against Suttonians on Saturday.

The seconds were very unlucky to finish with a 17-17 draw against the same opposition, they put in a super performance in what was only their third game of the year.

With more familiarity and match time under their belts they most definitely would have taken a victory with Liam McWea, Gary Doyle and Robert Boys putting in big displays.