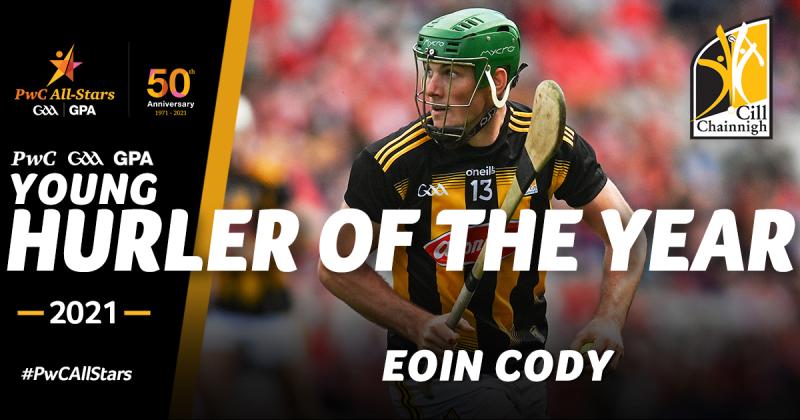 Kilkenny and Shamrocks man Eoin Cody has been awarded the PWC/GPA young hurler of the year for the second successive year.

The talented forward becomes the first after Eoin Kelly from Tipperary to win the award on more than one occasion.

It's the third year on the trot that a Kilkenny man has scooped the award after clubmate Adrian Mullen claimed the individual honour in 2019.

Cody fought off the challenge of Aidan McCarthy from Clare and Shane Barrett of Cork to win the individual accolade and his season of success may not be over just yet with his club Shamrocks in Leinster semi-final action this weekend.

Elsewhere Limerick's Cian Lynch won the PWC/GPA hurler of the year for the second time while on the football side of things Tyrone's Kieran McGeary took the main award and like Cody, Mayo's Oisin Mullin claimed the young player of the year for a second successive season and all four awards were voted on by the players themselves.

The winners were announced live as part of a special programme on RTÉ television which replaced the traditional awards ceremony banquet, which was cancelled due to the pandemic.