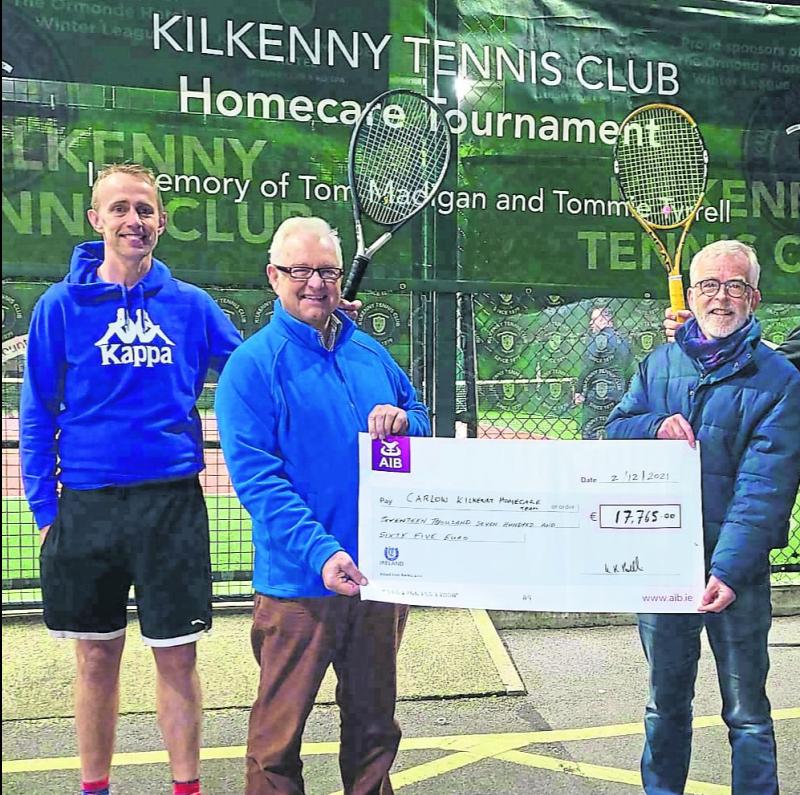 A cheque was handed over to Ian Wilson, representing the Home Care Team from a successful outdoor tennis competition held by Kilkenny Tennis Club.

The annual fundraising competition was extra popular this year, with an amazing €17, 765 being raised for this valuable and important service. Generous corporate sponsorship was received in the form of “court sponsorship” on the night, individual donations were received, and entry fees were donated by the club and the raffle which took place on the night, proved very popular.

The Carlow Kilkenny Home Care Team and Kilkenny Club have a longstanding connection, with the first tournament being won by Derry McPhillips and Lorraine Durnham in the early 1990s.

The Home Care team was represented at the tournament by Frank Chambers on the night. In his speech at the prize giving, he reinforced the importance of the Home Care team role, now more than ever with the onset of Covid-19 – currently more people are needing/wanting to be cared for at home for this important ‘end of life’ stage. The demand for home care is high.

This year’s competition was in memory of Tom Madigan and Tommy Tyrrell, two of the club’s beloved past members, who both had cause to use the services of the Home Care Team.