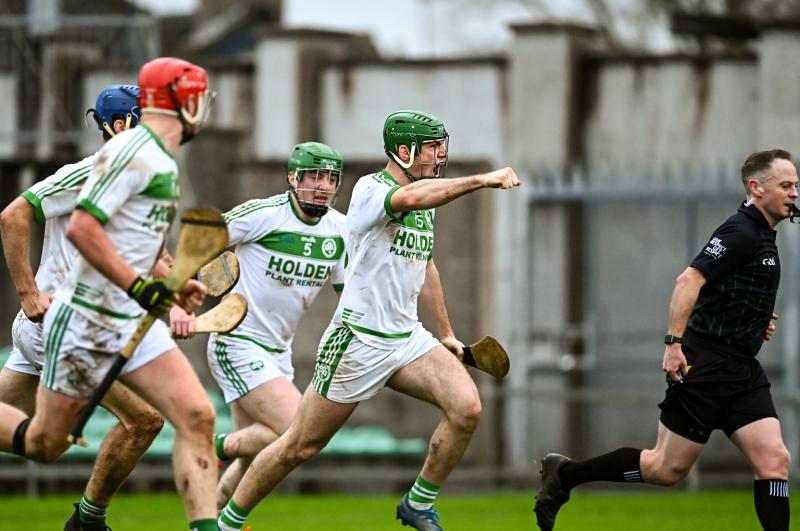 Shamrocks of Ballyhale were thankful to a last gasp normal time goal from Eoin Cody as they somehow got out of jail and  sealed a place in next week's Leinster senior hurling championship final.

The Kilkenny side looked dead and buried as a resolute St.Ryangh's side led by three points entering the end of the 60 minutes but a 65 from Richie Reid hovered around the square before Eoin Cody broke the Rynagh's resistance with a late late goal.

That only brought the tie to extra-time but James O'Connor's men completely took over in the final 20 minutes as they outscored their opponents 0-11 to 0-2 as they ran out 3-24 to 2-18 winners in the end.

Shamrocks came into the game as raging hot favourites and when Eoin Cody and Colin Fennelly both scored goals in the opening five minutes, it looked set to be a routine day at the office for the Ballyhale men but helped by a Luke O'Connor goal for Rynagh's and a straight red card to Shamrocks star Joe Cuddihy there was only three points seperating the sides at the half-time break (2-8 to 1-8).

Rynagh's continued that momentum in the second period and they were much the better side in truth as they got back on level terms by the time of the second half water break.

A Ronan Hughes goal in the 47th minute then edged the Offaly side into a three point lead and they upheld that advantage until stoppage time.

Rynagh's had chances to seal victory which they ultimately squandered until Shamrocks struck in the dying seconds with recently crowned young hurler of the year Eoin Cody firing past Conor Clancy.

Shamrocks were back to their full deck in the extra period with Eoin Reid replacing the dismissed Cuddihy and they overpowered Rynagh's with the Offaly side failing to score from play in the remainder of the contest.

Shamrocks can now look forward to a trip to Croke Park next Sunday to take on Clough-Ballacolla of Laois in the Leinster decider.