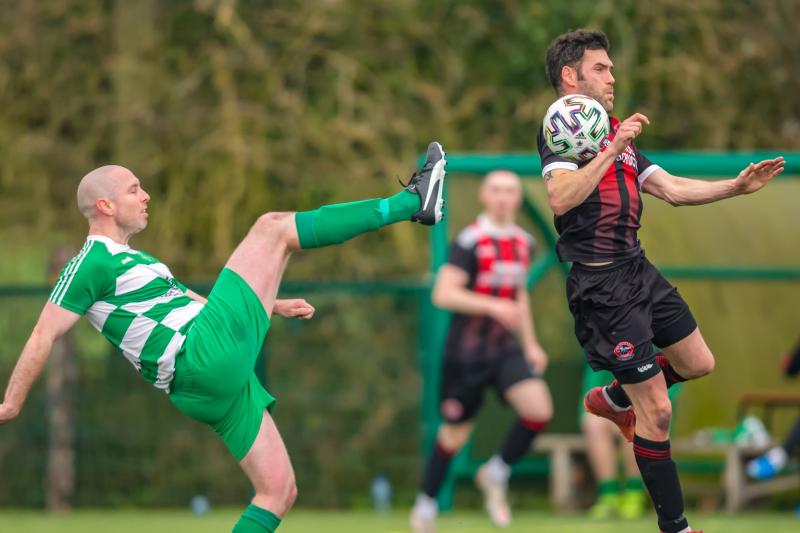 Evergreen moved to joint top of the Junior St Canices Credit Union Premier Division after they ran out 3-2 winners over Deen Celtic on Sunday morning.

The Kilkenny city side join Thomastown at the summit with only goal difference now seperating the sides as they go into the christmas break.

After drawing to Newpark a week previous, Evergreen were keen to get their league campaign back on track but things didn’t look to be going to plan as they trailed 2-0 inside the first 20 minutes.

Evergreen got a goal back before the half-time interval and once they equalised in the second half, they began to dominate proceedings with Mikey Drennan netting the winner.

The Evergreen and Deen Celtic clash may have been the only premier division game of the weekend but there was still Kilkenny interest in the LFA Junior Cup with Freebooters and Thomastown both claiming victories.

Freebooters also sealed their place in the last 32 of the competition after overcoming Monksland of Westmeath on a 3-1 scoreline.

A goalless opening period gave way to the hosts opening the scoring in the early minutes of the second half but goals for Freebooters from Sean Bolger and Chris Phelan helped the city side take the lead before they added a third goal late on.

Back on the league front, there was also a number of games in the lower divisions with Callan United and Ormonde Villa claiming wins over Stoneyford and Evergreen B in the first division.

In Division 2 Castlewarren Celtic, and Lions AFC tasted victory while in Division 3 Spa United got the better of Newpark B while Evergreen 46 and Deen Celtic B shared the points in their league outing.