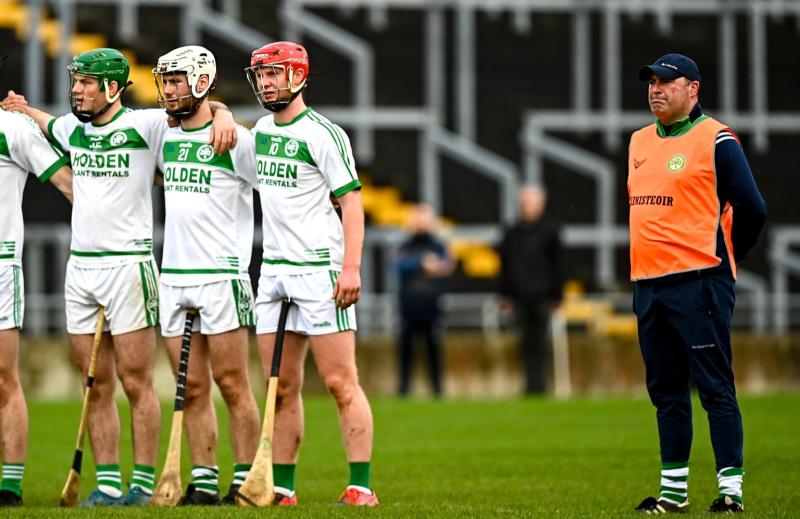 The relief was painted all over Shamrocks manager James O’Connor’s face after his side kept hopes of a third successive Leinster SHC title alive when needing extra-time to defeat St.Rynagh’s of Offaly.

O’Connor had just seen his team snatch a draw from the jaws of defeat and admitted that they were very lucky to be still alive in the provincial campaign.

“I was picturing the spin on the bus going home in the last 10 seconds in my own head saying, ‘Where did all this go wrong here today?’ So hugely relieved, I hope we’re after getting the biggest scare that we ever got inside in that dressing room and look, when we came out for the extra time we showed what we can do again.

“I’m very happy with their fitness level, as you can see they finished out the game very strong. They’re in great shape and hopefully they recover quickly during the week and those injuries clear up.

The Shamrocks boss heaped praise on his players after they found a way to claim victory even when all looked lost after they played the entire second half with 14 men and trailed by three points entering stoppage time.

“Well that’s typical Shamrocks, isn’t it? The heart they have is just unbelievable.

“They’ve won four counties in Kilkenny. Kilkenny is one of the most competitive championships that you’ll ever play in, I can tell you that first hand and they keep doing it and that’s why they’re the winners they are”, O’Connor said.

Shamrocks will now travel to Croke Park on Sunday afternoon for a Leinster decider with Clough-Ballacolla but they aren’t without injury worries over Colin Fennelly and Evan Shefflin while they are also awaiting the appeal on the sending off to Joe Cuddihy.

“Look, experience from playing in Croke Park is a huge thing I would definitely say but look, these games can take a life of their own as well and you know, look, I’m sure they’ll be well up for it.

“ I watched Clough-Ballacolla in the semi-final and they pulled out some surprise so we know it will be a tough game.