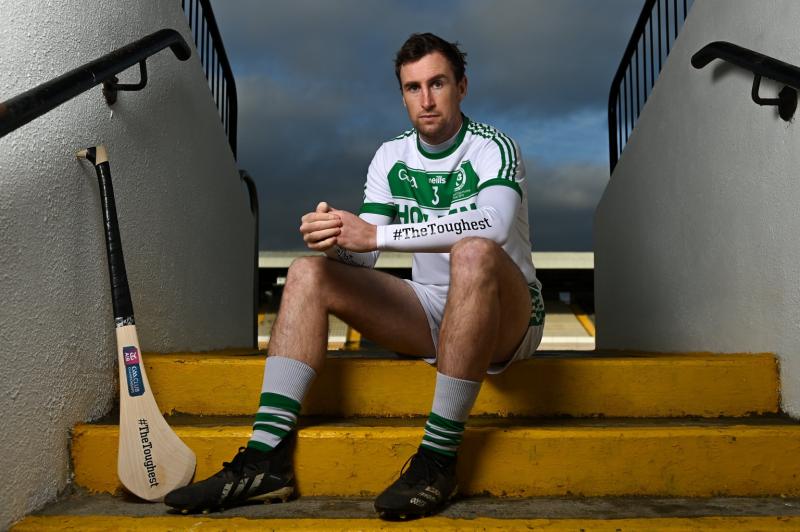 It's a real David v Goliath clash as Shamrocks of Ballyhale go in search of an 11th Leinster senior title in their history against a Clough-Ballacolla team that is appearing in their first provincial decider.

In fact the Laois side only achieved their first victory in the Leinster championship last month when defeating Rapparees of Wexford before shocking Kilmacud Crokes.

It's another huge step up this afternoon though as they take on the defending All-Ireland champions in a unique encounter played less than a week before Christmas.

Shamrocks have been down this road many times before but Joey Holden still admits that it's a big occasion for the club and one they are looking forward to.

"It’s a bit strange playing so late into the year but then getting the chance to play in Croke Park in the days leading up to Christmas is somewhat unique and we are definitely looking at it positively.

"Wearing the Ballyhale jersey in Croke Park is special and it’s maybe even extra special for families as well as the players and management and we are looking forward to the day out and hopefully we can perform like we can.

"We’ve been on the go a long time this year and maybe we’ve missed a bit of down time but if we are getting this far, it means that we are winning so other things are maybe not ignored but they are put on the back burner as that winning feeling and winning mentality overrides everything so we’ve been lucky enough", Holden said.

In some ways Shamrocks are very fortunate to even be at this stage after a last gasp goal from Eoin Cody saved them in last week's Leinster semi-final victory over St.Rynaghs and it's something the Kilkenny side will want to avoid at all costs against Clough-Ballacolla.

"You need a little bit of luck in games at times and we got that against St. Rynaghs. I’ve said it before that we are playing in a competition where every team you meet is a champion and both Mount Leinster Rangers and St.Rynaghs have been through the mill in their counties and they know how to win games.

"We were the lucky ones to get the goal with Eoin Cody knocking it in but Rynagh’s did something similar in their own county final to snatch victory so you can look back on key moments from a host of different games.

"The main thing is to just keep going as you never know what is going to happen and going right to the end and representing the jersey as best as you can is very important and we are under no illusions that someday we will taste defeat but that’s all part of the game and you just have to try and win when you can and enjoy those moments.

"We were all fully sure that we were beaten against Ryangh’s but somehow we found a way to win. We’ll certainly take it and while we were lucky, we are still in the hat and we get to go to Croke Park on Sunday".

Shamrocks will come into the game as bg favourites as they hope to make it a 3 in a row of Leinster title victories and while having Croke Park experience is beneficial, Holden and Co know their opponents will have a sizeable following in GAA HQ.

"No matter where a Leinster final is, it’s still a massive occasion and they aren’t to be taken for granted. Clough-Ballacolla are a small club like and it will be great to have the two parishes in Croke Park the week before Christmas battling it out for the Leinster title.

"We just want to keep winning  and coming so close to defeat last week has maybe showed us why we care so much and we are keen to perform to the best of our ability.

"Maybe we haven’t played that well in the last few games but that’s the challenge that lies in wait for us and you don’t get these opportunities all the time so you have to take it with both hands", Holden admitted when speaking at the launch of the GAA Leinster Senior Hurling Championship final

The game is live on TG4 this afternoon and will throw-in at 1.15pm.