Winning with Shamrocks is extra special for Colin Fennelly 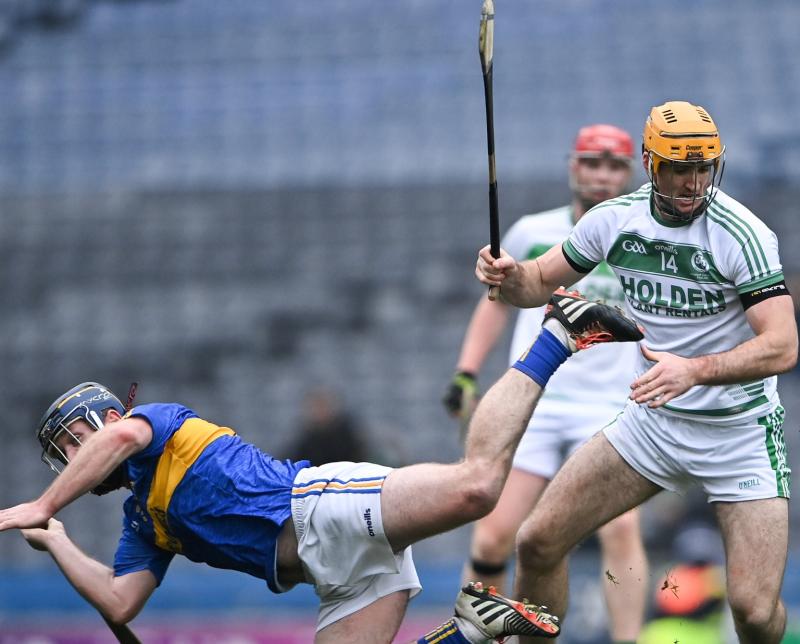 There were more Croke Park celebrations for the Shamrocks as the Ballyhale club claimed another Leinster crown at the weekend.

And savouring every moment of it was Colin Fennelly. The Shamrocks captain led his side to their third straight provincial title, and 11th in total, as they ran riot against Clough-Ballacolla.

Despite retiring from the intercounty scene after a year out, Fennelly is enjoying his time on the field more than ever.

“I’m enjoying it a lot more because you’re coming near the end of it and you want to make the most of it and I think we are making the most of it,” he said. “You do look back on it all and I really do enjoy it with Ballyhale.

“I said it before that when we won the four-in-a-row with the club with the old team of Henry Shefflin and the lads, you were winning here and there and then all of a sudden for three years you’re not winning anything.

“You think it’s gone, so the fact that we have won the last four years in a row with the club is really amazing.

“You don’t think about it when you’re younger, you think you’re going to win forever and think it’s great, but when you get to look back on it all it’s an amazing feeling. Just to see what the club achieved, see what my father achieved with the club, my brother, it’s just an amazing experience with family and friends.”

The victory almost didn’t happen, as the Shamrocks were pushed all the way in the semi-final by St Rynagh’s.

“Realistically, St Rynagh’s should have beaten us,” said Fennelly. “They were all over us. But look, we had that scare the last three, four, five years. It’s not like we come to Leinster and win handy on that scoreline.

“We have those tough matches coming up to it. Today, for the first 15 minutes it was point for point and their crowd were getting behind them and we were in trouble and we just came through with those passes from TJ and that bit of class.”

Having missed the chance to defend their All-Ireland title earlier this year through Covid-19 restrictions, the Shamrocks will be keen to kick on - but they’ll enjoy a festive break first.

“We focus on game by game and we haven’t a clue who we are playing in the All-Ireland semi-final and I don’t want to know,” said the captain. “I want to enjoy my Christmas, relax with the family and get going again in the new year.”

That said, they won’t go into the semi-finals with their eyes off the ball.

“In fairness to (manager) James O’Connor, he just focuses on each game as it comes and he is brilliant at going into detail of matches,” added Fennelly.

“You can see it out there, having TJ and myself inside, it’s moving players like that which shows he’s not going out with the same team each week.”