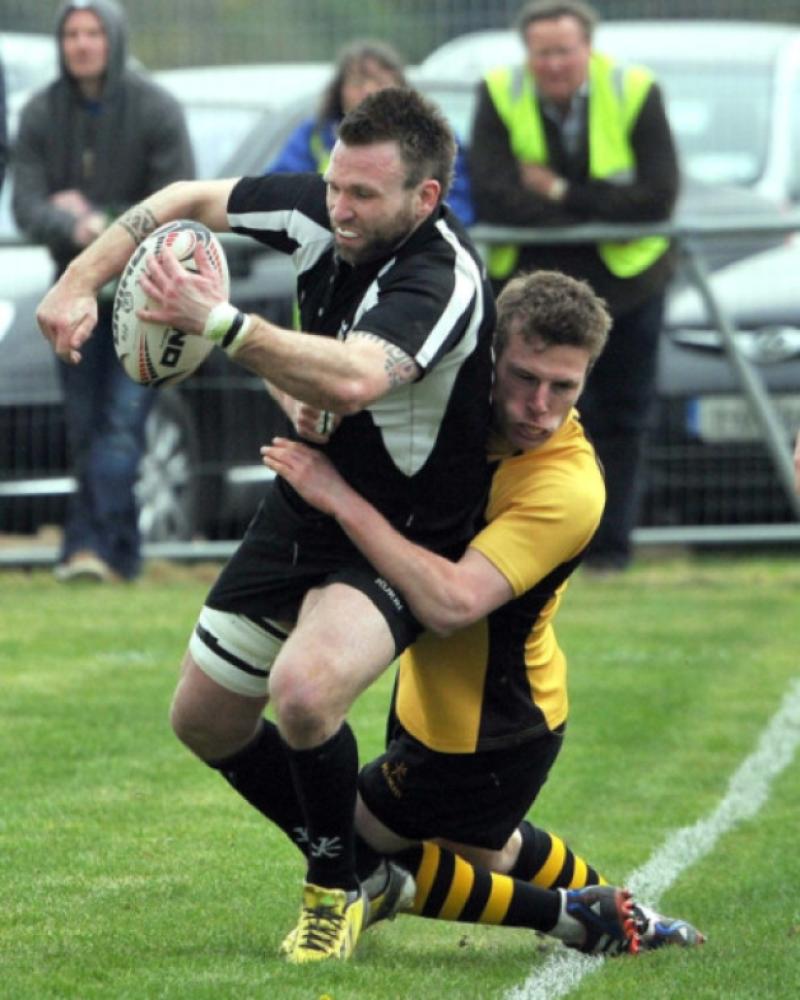 Kilkenny Firsts’ great cup adventure ended in failure, but the players and management put their heart and soul into the effort to create a piece of rugby history.

Kilkenny Firsts’ great cup adventure ended in failure, but the players and management put their heart and soul into the effort to create a piece of rugby history.

Kilkenny Firsts were unsuccessful in their attempt at securing what would have been the sixth Provincial Towns Cup final win in the club’s history on Sunday when beaten by well marshalled Ashbourne (6-3) before an attendance of approximately 4,000 at Tullow RFC.

Kilkenny threw everything but the proverbial kitchen sink at their opponents in a valiant effort to secure the title. Unfortunately after playing for 120 minutes the title went to Ashbourne for the first time in their history.

Nothing divided two totally committed teams during the opening quarter of an energy sapping game. Both sides tested each others abilities to the highest degree, and it wasn’t until the 20th minute that cracks began to appear in the Ashbourne defence when they were penalised for collapsing a maul.

This gave Willie Wright the opportunity to open the scoring for Kilkenny. His well struck attempt split the posts, much to the delight of the huge Kilkenny following.

The Foulkstown outfit increased the pressure and surged towards the Ashbourne line as they enjoyed one of their best spells in the game. The pressure proved too much for Ashbourne, who were penalised, this time for a scrum infringement.

Wright pointed at the posts. This time his kick was just off, and the ball sailed left of the posts. Moments later the whistle blew for half-time and a confident Kilkenny left the pitch with a three point advantage that could easily have been more.

Ashbourne were driven back again early in the new half as the Cats burst into action. However, the losers handed their opponents two gilt-edged opportunities to level the scoring in the first and sixth minutes of play.

Kilkenny were far from deflated and they hit back. They drove at the Ashbourne defence and with the ball flashed out along the line to Killian Everard, he chipped the ball over the final defender and chased the kick.

The Kilkenny speedster won the chase and touched down for what appeared a lovely try. The referee had other thoughts on the matter. Surprisingly he called play back and to the dismay of Kilkenny fans he disallowed the try and awarded Kilkenny a penalty instead.

Despite protests from the Kilkenny captain, Joe Manuel, the referee stood firm on his decision. Wright’s penalty shot at goal went wide of the upright.

This questionable decision clearly upset Kilkenny’s forward momentum, and they were a bit off in their direction for a while. Despite the fact that minutes later Ashbourne had two players sin-binned, they failed to capitalise on the numerical advantage.

Further attempts by Wright and Morris at goal kicks were unsuccessful, and the game pushed into extra-time.

Not much more can be said from a Kilkenny viewpoint. Their best was behind them, sadly.

Ashbourne took the lead after eight minutes of extra-time. One score decided the issue and turned the season upside down on Kilkenny, who had given so much in the bid for gold.

It was a tough and physical game and it was luck that turned the tide in the end. A huge effort was made by Kilkenny and they were unlucky not to bring the cup back to the Marble City.

However, this is a young and improving team with lots of potential and with the proper focus there will be other chances in this great junior competition in the years ahead.

Thanks was extended from Kilkenny rugby to supporters and friends who helped make the Cup journey a memorable one. The entire squad contributed handsomely to a memorable season. The finish wasn’t what anyone would have wanted, but the players and management can be proud of their achievements.