Mooncoin are a win away from another Leinster junior title and they look to hold the aces against Shamrocks of Offaly, writes Robert Cribbin 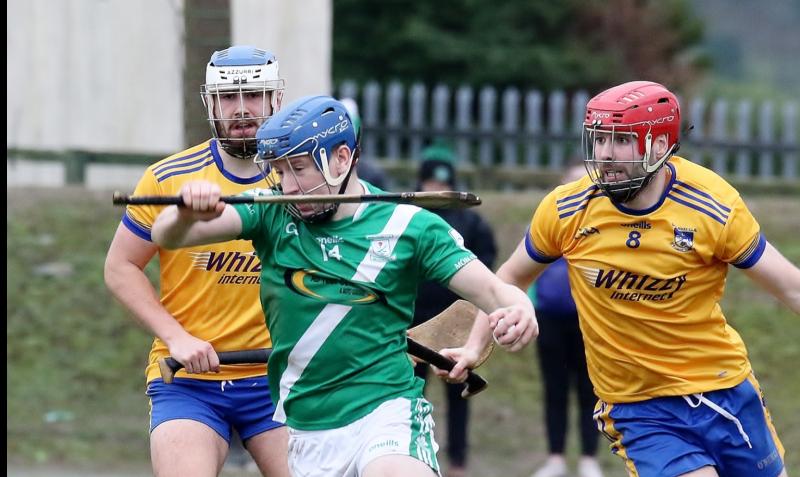 It may only be the first week in 2022, but already championship silverware is on offer as Mooncoin take on Shamrocks of Offaly in this weekend’s AIB Leinster junior club hurling final at UPMC Nowlan Park.

Mooncoin enjoyed a hugely successful 2021, which was bookended by their county junior hurling championship win over Tullogher-Rosbercon. The South Kilkenny club will be hoping to make the ideal beginning to the new year.

They are very much a club on the rise and they stormed by all the challengers in Kilkenny as they went through the junior league and championship in impressive fashion.

Under the tutelage of Ballyhale native Willie Coogan, the team has blossomed with a number of the minor championship winning team in 2018 really coming of age.

That Minor A triumph was the club’s first since 1979 and it came against a Dicksboro side that has since gone on to dominate the underage scene in Kilkenny.

The 2018 campaign was also the year that Mooncoin suffered relegation from the intermediate championship. Without ever threatening too much in the last two years, they bounced back with a bang this term.

Mooncoin raced through the early part of the season and, without breaking sweat, eased to wins in their opening three league games including a noteworthy success over the recently relegated St Patrick’s of Ballyragget.

Further victories in the championship followed over Galmoy and the Blacks & Whites before they produced a devastating display to see off Slieverue in the county semi-final.

The Mooncoin men scored six goals in a performance that put them on notice to the rest of Kilkenny with Ciaran Quilty, Patrick Walsh and Adam Croke all impressing. That victory set up a county final date with Tullogher-Rosbercon and in front of a sizeable attendance they produced a thrilling encounter.

The South Kilkenny side’s victory is all the more remarkable in the fact that they trailed by seven points inside the opening quarter, but helped by second half goals from Ciaran Quilty, Adam Croke and Jim Delahunty they ran out fully deserved winners.

Walter Walsh’s fifth minute goal had given Tullogher-Rosbercon the early edge as they opened up a 1-6 to 0-2 lead but Mooncoin hit back with seven points in a row between the 24th and 33rd minutes as they went ahead for the first time.

Mooncoin were hit by a sucker punch right on half-time when Conor Hennessey goaled as Tullogher led by three points at the break.

Mooncoin’s opening goal then arrived in the 36th minute via Adam Croke as they retook the lead before Tullogher squandered a number of chances to hit back in a game where they finished with 13 wides.

The game was then all but settled when Jim Delahunty and Ciaran Quilty hit quickfire late goals for the Willie Coogan-managed side. Although Cian O’Donoghue got Tullogher’s third goal it arrived too late in the day to make a difference as Mooncoin ran out 3-19 to 3-11 winners.

Since then, the Kilkenny champions have beaten Oliver Plunketts of Westmeath and Tara Rocks of Wexford in the Leinster championship.

Mooncoin eased to a 15-point victory over Oliver Plunketts but they were given a much sterner test in the Leinster semi-final, when it took extra-time to see off the Wexford side in Enniscorthy.

It was the Mooncoin goal threat that eventually allowed them to advance with Adam Croke, Patrick Walsh, Martin O’Neill and Mairtin Gannon all finding the net as they won out on a 5-16 to 2-19 scoreline.

The five-goal tally means Mooncoin have now found the net on 17 occasions in their last four games. It’s that forward threat that makes them a match for anyone - if they are on form, it could be a long day at the office for Shamrocks.

Shamrocks have resurrected their season in stunning style after they were earlier beaten by Birr in the Offaly junior hurling championship final.

As a result of Birr’s second string victory in that final, it warranted Shamrocks a place in the provincial campaign but they will have been desperately disappointed to lose out on a one point margin (0-16 to 1-12).

Shamrocks have rebounded since that loss though with victories over Boardsmill of Meath and Maynooth of Kildare.

The amalgamation of St Carthage’s and Mucklagh were 2-18 to 0-3 winners over Boardsmill while they had a narrow 2-9 to 2-8 success over Kildare Intermediate champions Maynooth.

Shamrocks’ main threat in attack comes from former Offaly footballer Nigel Dunne and the club will hope to make up for a Leinster intermediate football final defeat a few years ago.

An interesting clash lies in wait!